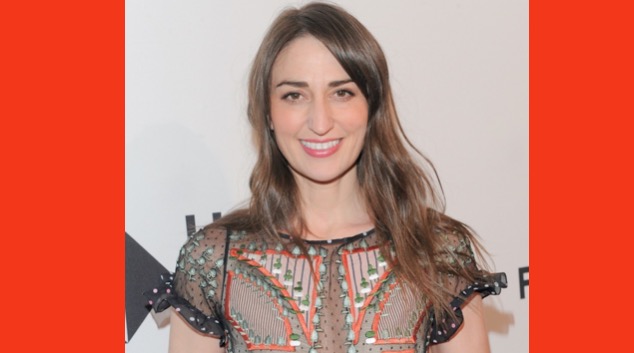 It’s true that coming outs are getting more subtle by the minute.

Like when Glee actor Kevin McHale posted this Instagram shot of two hands that appear to be male, along with an emoji that means “I love you” in American Sign Language… Pop the champagne!

Or when former One Direction heartthrob Harry Styles sang about messing around with guys in a new song… Warm up the rainbow flag emojis, everyone!

So we understand the excitement when musician Sara Bareilles seemed to come out via a sly six-word tweet (plus one smiling angel emoji for punctuation).

Bareilles was responding to a question about her hit 2007 love song, aptly titled “Love Song.”

“Would @SaraBareilles be as popular today if she wrote him a love song because he asked for it? Because he needed one?” posted Twitter user Tyler Herron into the ether.

The question refers to the lyrics of the song, which go: “I’m not gonna write you a love song / ’cause you asked for it / ’cause you need one, you see”.

Tyler probably wasn’t expecting a direct response from Bareilles herself, but that’s what he got.

“It was never about a he,” Bareilles wrote.

Cue the coming out parade.

The tweet has been liked over 80K times, with over 12K shares.

“This song just got exponentially cooler!” wrote another alongside the obligatory rainbow flags.

Bareilles has long acknowledged that the song is actually about her record label, which makes for much less thrilling news.

In a 2015 HuffPost interview, Bareilles said of the song: “It makes for an easy one-liner to be like, ‘So the big bad record label wanted you to write love songs and this is you fighting back.’ It’s not that it’s not true, but it wasn’t that simple.

Some fans knew the truth but chose to live in an alternative gay reality, which is so very 2018 don’t you think?

Even though it’s about your label….I live in an alternate universe where it’s about a she. 🙂

i know this about your label but pic.twitter.com/QVMAHaqcTE

I dont care if its about her record. From now on this song is GAY.