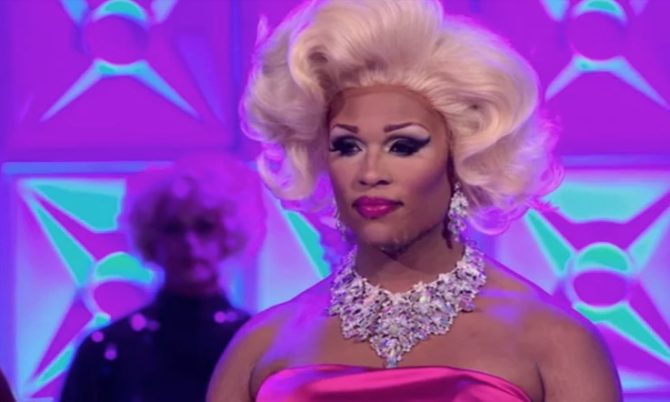 Who She Is: Trans performer and drag queen

Why She Matters: Peppermint became the first openly transgender contestant when she appeared on Season 9 of RuPaul’s Drag Race. This July, she makes Broadway history taking on the role of the all-knowing oracle Pythio in Head Over Heels, a musical featuring popular tunes by the band the Go-Gos.

Why We’re Proud: Though several of the queens who have competed on the show had come out as transgender (Sonique, Carmen Carrera), none had come out before the actual competition and it wasn’t easy. Even RuPaul made unwelcoming comments, later apologizing.

Enter Peppermint (given name Agnes Moore), who handled the situation with aplomb. Besides making it all the way to the finals of Season 9 (she placed second), Peppermint gently took Ru to task over comments regarding gender and drag.

.@Peppermint247 is about to take the stage in @HOHMusical as the first openly transgender actor to originate a principal role. Hear what she has to say on opportunity, confidence, and support for one anotherhttps://t.co/5a4khfC9p9

In an impassioned post, she put it this way:

The most important takeaway is that ones transition, the beginning, the middle, and end, is entirely personal and cannot be categorized or measured in the context of being blessed by someone else’s validation or approval. RuPaul issued an apology, which I think is an important step in this ongoing conversation. It shows all of us, there is room for growth, education, and I’m hoping a bit of evolution. Women have always been directly and indirectly contributing to the art form of drag. Like voting, driving, working, even eventually the Office of President of United States, drag evolves. My hope is that together, we can uplift all forms of drag, both on TV, and in the real world. Gay men do not own the idea of gender performance.

Peppermint went on to record a duet with Cazwell and will appear in Head Over Heels, set to open on the Great White Way July 26.

Doing so will make Peppermint the first out-transgender actress to originate a principal role in a Broadway musical.