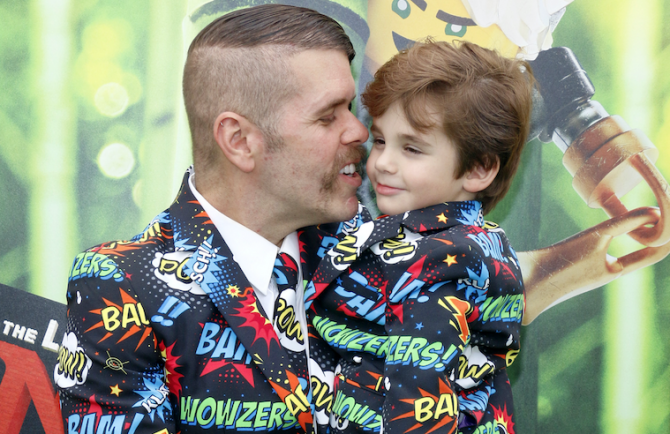 In 2018, Perez Hilton made groan-inducing headlines when he talked about refusing to allow his 5-year-old son to take dance classes for fear it might “turn” him gay.

“I would say a good amount — maybe like 50 percent or more — of little boys who take dance class end up being gay,” he soundly reasoned.

Instead, Perez opted for tennis lessons for his son, because “gays do tennis, but it’s not something I think: ‘oh yeah, no, I’m gonna have him in tights and ballet shoes.’”

Here we are two years later, and Hilton is still hoping his son, now 7, isn’t gay.

The gossip blogger and father of three spoke recently with The Telegraph, saying: “Given my own experience, I would still prefer it if my son were not gay.

“I would love him and accept him unconditionally, of course.

“But I know that even in this day and age, life is still harder for gay people.”

He also opened up about his own coming out experience, revealing that his mother, “wasn’t understanding; she wasn’t angry or sad. All she said was, ‘You’re my son and I love you, because I have to love you.’”

Hilton was interviewed promoting his new book, TMI: My Life In Scandal, in which he talks about some of his career regrets. We imagine that could make for quite the volume.

In one story, he recalls a 2011 meeting with Ariana Grande and her mom to discuss managing the singer.

After being turned down, Perez “was really hurt, so for years afterward I was super petty toward Ariana on my website and on social media.”

Elsewhere in the book he discusses in broader terms his willingness to personally attack celebrities:

“I didn’t care about what was or wasn’t appropriate to write. I was a huge fan of pop culture and had always wanted to write about celebrities.”