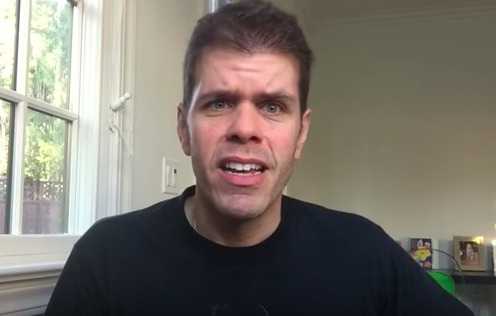 For those of you who’ve been following Perez Hilton‘s romantic life (or lack thereof), the 39-year-old blogger has been rather unlucky in love lately.

In January, Hilton decided to make a concerted effort to put himself out there. He updated his dating profile and began letting the world know he’s single and ready to mingle.

Unfortunately, the world doesn’t seem interested in mingling with him.

Related: Perez Hilton whines about how he can’t get a boyfriend, “I’m disappointed”

In a new vlog, Hilton laments about being dumped “in the worst way” by a guy with whom he thought he had a great connection.

“In the beginning of date number six, our last date,” Hilton says, “before we went out on the date, he said he just wanted to be friends.”

He continues, “You don’t tell someone you want to break up with them or stop seeing them when you are sitting down to have dinner together!”

To add insult to insult to injury, they were supposed to go to a comedy show after dinner. (Obviously, they never made it.)

Hilton says he would have preferred if the guy had just texted him after the date, rather than confront him directly to his face while they were sitting in a restaurant.

Perez Hilton whining about being publicly humiliated… The irony is so thick it’s almost palpable.

Watch Hilton rant below. Or don’t.