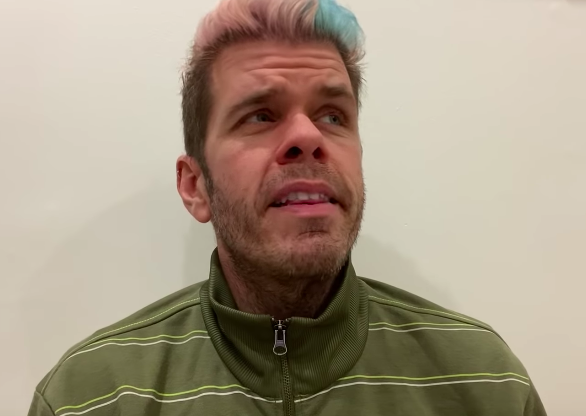 After storming off the set of Australia’s I’m a Celebrity… Get Me Out Of Here!, Perez Hilton has taken to YouTube to accuse his co-star, Ryan Gallagher, of being a bully.

The 41-year-old blogger takes aim at Gallagher in a 45-minute video posted to his channel.

“For some reason he had it out for me,” Hilton laments. “I felt like he was picking on me, singling me out.”

Hilton, who built his reputation by relishing in celebrity scandals and defacing pictures of famous actors, goes on to accuse Gallagher of cracking jokes “at the expense of others.”

“He would constantly bring other people down to lift himself up,” he says, then he talks about a few times when Gallagher made “nasty or cruel” comments in the South African jungle.

Tensions between Hilton and Gallagher have been high throughout the season. At one point, Hilton said it was his personal goal to break up Gallager and his girlfriend, co-star Charlotte Crosby.

Things reached a fever pitch during last week’s episode when the two got into cat fight over the most respectful way to divide up a sliced banana. (Seriously.) The altercation ended with Hilton fleeing the jungle in a fit of rage.

“Adios! It was a pleasure meeting most of you. Bye-bye!” he said as he stomped away, never to return again.

“Some would even say I’m still immature,” Hilton says, “but I’m more mindful of how I treat others [now] and I’m proud of myself for handling the situation and the whole experience [of I’m a Celebrity] very differently to how I would have years ago.”

In the not-so-distant past, Hilton has come under fire for biphobia, joking about asexuals, defending Donald Trump, shaming female celebrities for not having children, and refusing to send his son to dance class so he can grow up “straight.”