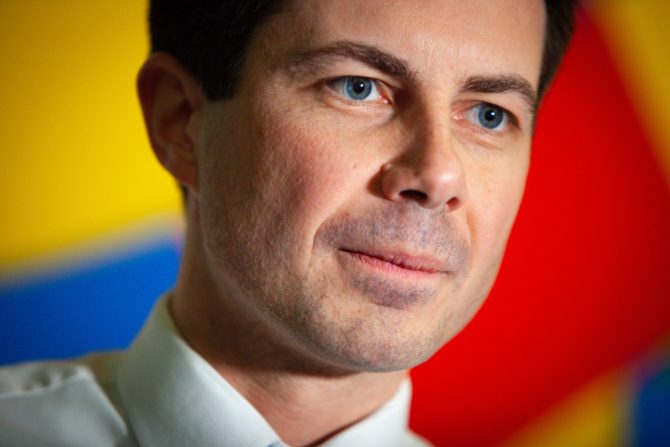 “I don’t think I’ve ever been called a ‘lying motherf*cker’ before.”

Those were the first words Pete Buttigieg said to Michael Harriot at The Root after he published an op-ed titled “Pete Buttigieg Is a Lying MF” earlier this week.

The op-ed, published Monday, criticized remarks the 2020 hopeful made back in 2011 when he was first running for mayor of South Bend, Indiana.

Said Buttigieg: “Kids need to see evidence that education is going to work for them. You’re motivated because you believe that at the end of your education, there is a reward; there’s a stable life; there’s a job. And there are a lot of kids—especially [in] the lower-income, minority neighborhoods, who literally just haven’t seen it work. There isn’t someone who they know personally who testifies to the value of education.”

In the op-ed, Harriot accused Buttigieg of placing the onus on Black people to work harder rather than white people to recognize the longstanding inequalities that exist to keep non-white communities down.

Wrote Harriot: “This is not just a lie of omission, it is a dangerous precedent. This is why institutional inequality persists. Not because of white hoods and racial slurs. It is because this insidious double-talk erases the problem by camouflaging it. Because it is painted as a problem of black lethargy and not white apathy.”

Evidently, Buttigieg, who has been struggling to connect with Black voters, read the op-ed and decided to call Harriot to talk it out.

In a follow-up piece titled “Pete Buttigieg Called Me. Here’s What Happened,” Harriot details their conversation. He writes that they spoke for roughly 20 minutes and were able to find some common ground.

“I conceded that the problems with institutional racism are so complex and go back so far that I’m not sure that anyone—a mayor, a governor or even a president—could fix them,” Harriot writes. “Buttigieg, however, insisted that there are some things that people in power could do to make things more equal, a point I actually agreed with.”

Harriot concludes by saying that Buttigieg is “not the perfect candidate nor will there be one.” He also expresses lingering doubts over Buttigieg’s commitment to fixing systemic racism.

“There is no way that I can know if he is genuinely interested in engaging black voters, attacking discrimination or crossing the racial divide,” he writes. “There are an infinite number of candidates who have waded into black barbershops or sashayed into black pulpits to assure us that they were on our side when they were only interested in our vote.”

But, he notes, this doesn’t mean the Democratic Party is divided or that Buttigieg’s remarks from nine years ago automatically disqualify him from being the party’s nominee.

“The entire point of the primary process is for voters to dictate their concerns to the candidates and for candidates to learn from voters,” he writes. “Black America wants their party to emerge victorious but not if we have to offer our votes as a living sacrifice for the sake of ‘party unity.'”

“And, as I told the mayor, the article wasn’t meant to inspire outrage. Its purpose was to make a necessary point about black voters and real issues.”