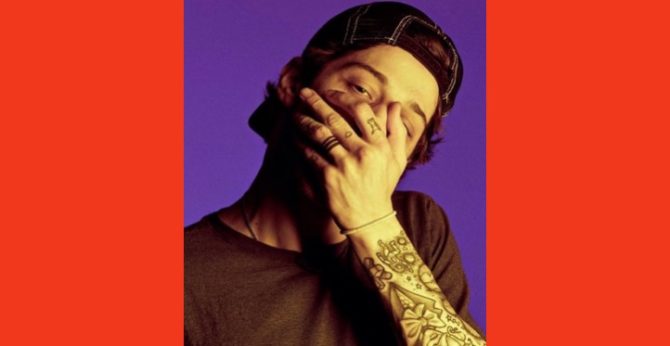 At a comedy show at the University of Central Florida on Monday, August 26, Saturday Night Live star Pete Davidson — whose big d*ck energy has been discussed by both ex-fiancée Ariana Grande and Queer Eye’s Tan France — ranted about the “privileged little assh*les” in the audience.

Related: Restaurant blasts ‘thank u, next’ as Pete Davidson dines with date — yikes

Apparently, some of the students at the show “in the middle of f*cking nowhere,” in Davidson’s words, irritated the comedian by using their phones.

“I don’t gotta be here. I can just give their money back ‘cause I don’t give a f*ck,” he told the crowd.

Davidson also dropped the r-word while ranting about Generation Z. “That’s why we’re embarrassing,” he said. “That’s why the world is gonna end in 25 years, because you’re all f*cking retarded.”

“Just behave,” the 25-year-old continued. “I have to have my f*cking boy patrol you guys like you’re five years old? That’s f*cking embarrassing. You should grow up. Where’s the next generation? Don’t you want adults to respect us? Don’t you want your parents to be proud of you? You know how f*cking embarrassing it is to be our age and walk out and know everybody thinks you’re a f*cking idiot? Grow up.”

In a statement to The Hollywood Reporter, UCF spokesperson Mark Schlueb took the tone of someone not mad, just disappointed. “Mr. Davidson’s abusive language, particularly his use of a derogatory slur, is contrary to the University of Central Florida’s values of inclusion and respect for all,” he said. “It’s disappointing that his rant spoiled an event that was meant to welcome students back for the fall semester.”