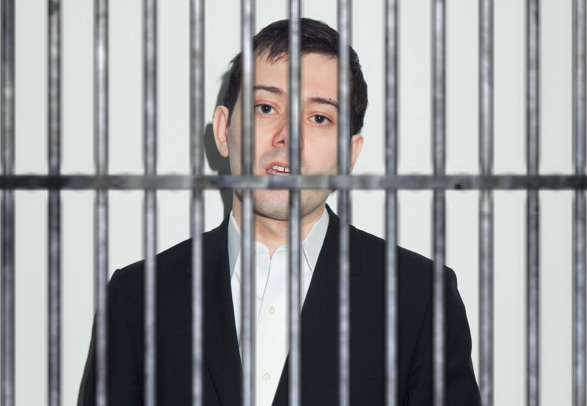 They say karma keeps receipts and that certainly seems to be the case for Martin Shkreli (a.k.a. “Pharma Bro”).

The smug 34-year-old investor/douchebag/online troll was just found guilty of three counts of fraud after being accused of defrauding his hedge fund investors and a pharmaceutical company.

In case you need a reminder: Shkreli became public enemy #1 back in 2015 when he jacked up the price of an AIDS medication called Daraprim from $13.50 a pill to $750 a pill literally overnight. He later went on TV to say he regretted not raising the price even higher.

Related: Pharma-Bro Regrets Not Charging Even More For AIDS Drug, “I Could Have Raised It Higher”

Today’s conviction seemed to come as a complete surprise to Mr. Shkreli, who insisted throughout the five-week trial that he was “so innocent” and said the judge, jury, and prosecutors would all apologize to him later.

During the trial, Shkreli went to great lengths to appear as though he didn’t take any of the accusations against him seriously, pretending to read a book during the prosecution’s rebuttal argument and calling prosecutors names like “junior varsity.”

Despite Shkreli’s lawyers’ fleeting attempts to paint their client as a “brilliant man who could pioneer new cures for diseases,” the jury was not convinced.

According to the Washington Post, Skreli became visibly upset and “shook his head in apparent disbelief when the first guilty verdict was read.” Afterwards, he called the whole thing “a witch hunt of epic proportions!”

Shkreli faces up to 20 years in prison.