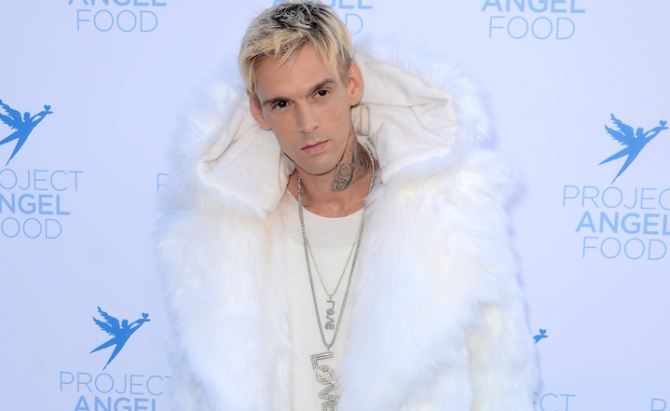 Not since champagne and caviar have two things paired so magically as a half-naked mirror selfie and an inspirational quote. Aaron Carter knows this. He gets it.

The 33-year-old “bisexual” “rapper” turned amateur adult film star took to Instagram this week to show off his…well…we’re not exactly sure what he’s trying to show off here.

And like a true social media sommelier, he paired his shot with: “My success isn’t a result of arrogance, it’s a result of belief,” quoting the Irish fighter Conor McGregor.

You can see the full photo here, unless it’s already been deleted by Instagram’s censors.

Fans were a bit perplexed by the post, offering commentary such as:

The post isn’t much of a departure for Carter, who has recently launched accounts on OnlyFans and CamSoda, a popular adult live-streaming site.

The former child star made his return to music in 2018 with this sixth studio album, LØVË.

“There’s something I’d like to say that I feel is important for myself and my identity that has been weighing on my chest for nearly half of my life,” Carter originally wrote. “I grew up in the entertainment industry at a very young age, and when I was around 13-years-old I started to find boys and girls attractive.”

He later backtracked, stating on the Hollywood Life podcast that his coming out was “a little misconstrued” and clarifying that, “it was more so just a story that happened when I was, like, 17 with somebody.”

“I can find men and women attractive, but when it comes down to it, I think it was a little misconstrued. I see myself being with a woman and having kids.”

Carter was engaged to social media personality Melanie Martin, but the two broke up last year.