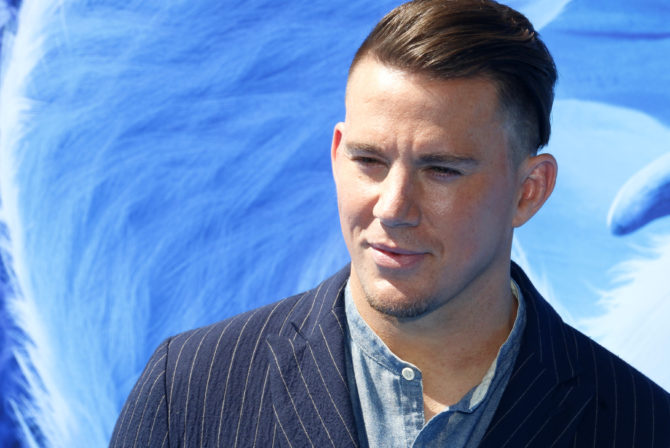 The Magic Mike star is currently shooting a film with Sandra Bullock and Daniel Radcliffe titled The Lost City of D, and he offered quite the teaser in the form of a make-up trailer mirror selfie.

Along with the photo on his Instagram story, the very unrobed actor wrote: “You know when you in the make-up trailer as*hole naked holding a towel over your junk you about to do some shit on set that you gonna have to prepare ya mama for before she see the movie.”

“And yes I’m flexing so hard I got a cramp,” he added.

We’ll have to wait to find out what he meant. 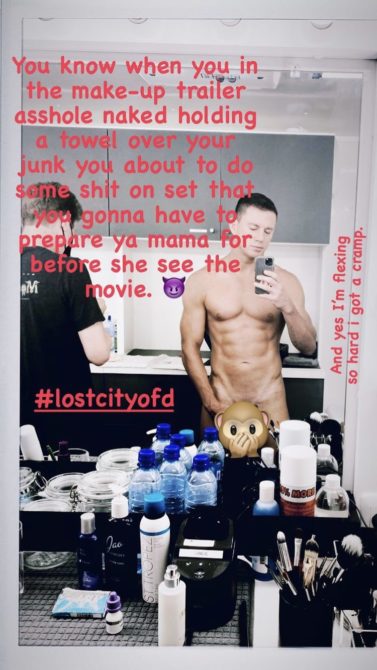 Tatum appeared on The Tonight Show Starring Jimmy Fallon in early May and explained that he, like so many others, put on some unwanted weight during the pandemic.

“For the first week or two weeks,” he said, “I definitely was just drinking beers and riding dirt bikes but I was like, ‘I can’t do this for two months. This is bad.’”

If his Instagram is any reflection of reality (and hey, it isn’t always), he’s certainly turned that around.

Here’s a post about a 2 mile ocean free-swim he recently took:

And this “Saturday grind session”, whatever that is: