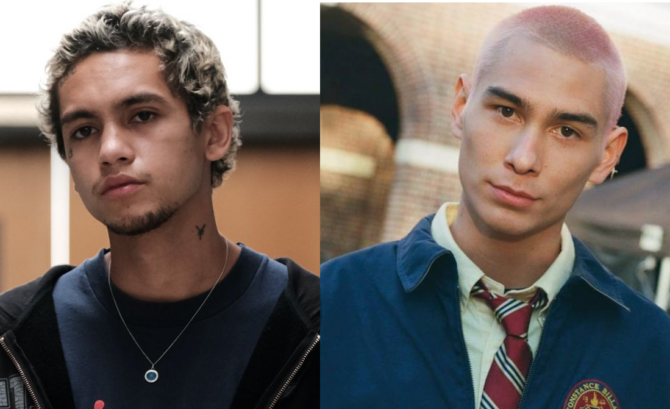 Fike posted the photo on his Instagram story, which was shared more widely via screenshots:

While many applauded the intimate show of affection, several commenters raised concerns of queer-baiting.

“This is the best thing I’ve ever seen,” commented one person, while another wrote, “queerbaiting at its finest.”

Fike, who plays queer character Elliot on season two of HBO’s Euphoria, hasn’t publicly discussed how he identifies. He’s been linked to actress Diana Silvers in the past, and more recently, rumored to be dating his Euphoria co-star Hunter Schafer. He also made out with Lil Nas X in Brockhampton’s “Count On Me” music video.

He discussed reaffirming that identity while filming make-out scenes with a male co-star last year.

“It’s pretty lit. I’m not actually gay in real life but the character is… I guess… bisexual. I had to make out with [co-star] Thomas [Doherty] and I feel like I’m playing the character, but, for my personal life, I’m also seeing if I like it or not.

“I didn’t, but you’re also asking yourself questions like, ‘why is [kissing a man] so much weirder?’ I think it has to do with social norms and all that.”