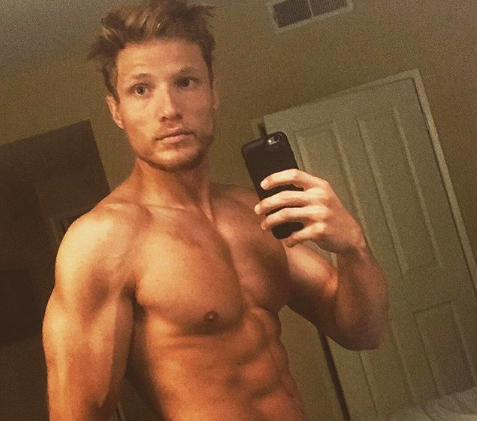 Bruce Weber is one of the most revered fashion photographers in the world, but for the past year, he’s been fighting against an onslaught of sexual misconduct allegations made by over 20 male models.

Jason Boyce is one of Weber’s original accusers. In December 2017, he filed a lawsuit against the 72-year-old photographer accusing him of sexual misconduct during a 2014 photo shoot.

In the suit, Boyce alleged Weber touched his genitals, stuck his fingers in his mouth, and forcibly kissed him against his will.

At the times, The Los Angeles Times reported:

The complaint alleges that Weber grabbed Boyce and kissed him on the lips. It also states, “Weber put his fingers in Mr. Boyce’s mouth. Shocked, Mr. Boyce opened his eyes. Mr. Weber told him to keep his eyes closed, and kept his fingers in Mr. Boyce’s mouth. ‘If you just had confidence, you’d go really far,’ Mr. Weber whispered. ‘How far do you want to make it? How ambitious are you?’ Mr. Boyce did not respond.”

Now, Weber is asking the lawsuit be dismissed, claiming it’s nothing more than “a money grab by a failed model.”

With the request, Weber included several x-rated photos and suggestive texts sent by Boyce both before and after the 2014 photo shoot that led to the lawsuit, claiming they are evidence the interaction was consensual.

One of those images shows Boyce fully nude, and other images came with fawning texts and eager requests asking Weber when the two might work together again in the future. 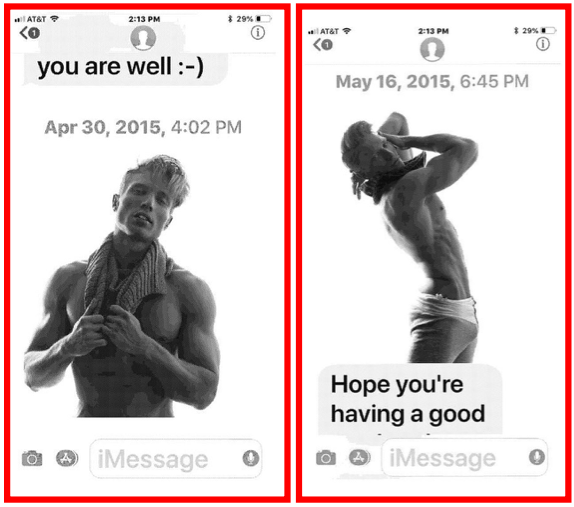 “It has been over a year since Plaintiff, an unsuccessful 32-year old male model, filed his complaint containing false and salacious allegations that Mr. Weber, an internationally acclaimed fashion photographer, inappropriately touched him during a brief photo shoot  in 2014,” Weber’s filing reads.

Since then, Plaintiff has refused to provide required discovery and failed to identify any evidence to support his claims, because his claims are false. Nonetheless, now, almost one year later, Plaintiff is ‘doubling down’ on his false claims’ charade, by seeking leave to amend and assert a claim against Mr. Weber under the Justice for Victims of Trafficking Act of 2015. 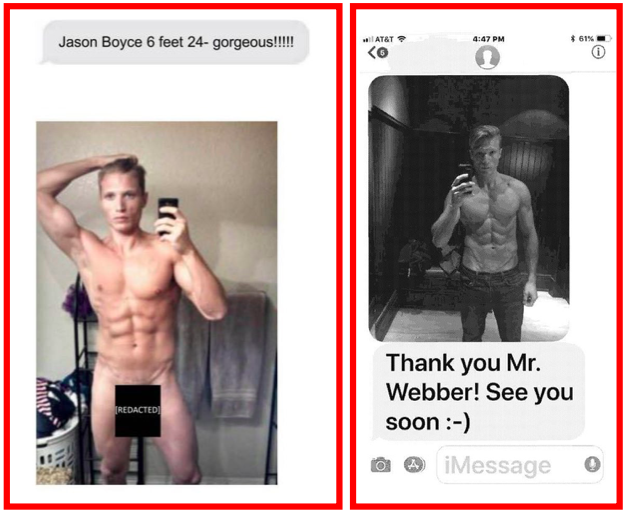 The filing goes on to say Boyce “repeatedly texted pictures of himself to Mr. Weber in provocative poses, both prior to and after the brief photo shoot” and claims Boyce’s agency “hounded him” for months after the shoot with more requests for work.

“Mr. Weber did not agree to see Plaintiff,” the filing states. “Plaintiff also deliberately fails to allege that he had previously been to Little Bear’s studio for a test shoot, because, when he did, Mr. Weber’s team, obviously unimpressed, concluded that he had a “boxy face.”

“Mr. Weber has hired a team of high priced attorneys who will make every possible argument on his behalf, as we would expect them to do,” Bloom said. “Nevertheless, we are confident that justice will prevail.”