Adult film performer Sergeant Miles (legal name Steven Miles) has made no secret of his ardent support of Donald Trump, but now it’s emerged just how far he was willing to go. On Tuesday, Miles was arrested for his violent role in the January 6 insurrection on the U.S. Capitol.

Miles, 39, who performs in both gay and straight scenes, is accused of assaulting police officers and smashing a window of the Capitol building as rioters attempted to stop the certification of the 2020 presidential election.

He was arrested and charged with assaulting, resisting, or impeding officers, civil disorder, engaging in physical violence in a restricted building or grounds with a dangerous weapon, and other related offenses, according to the Department of Justice.

CCTV images included in the DOJ complaint show a MAGA hat-wearing Miles and a co-defendant named Matthew Lebrun throwing punches at police officers. Miles can also be seen smashing a window and entering the building: 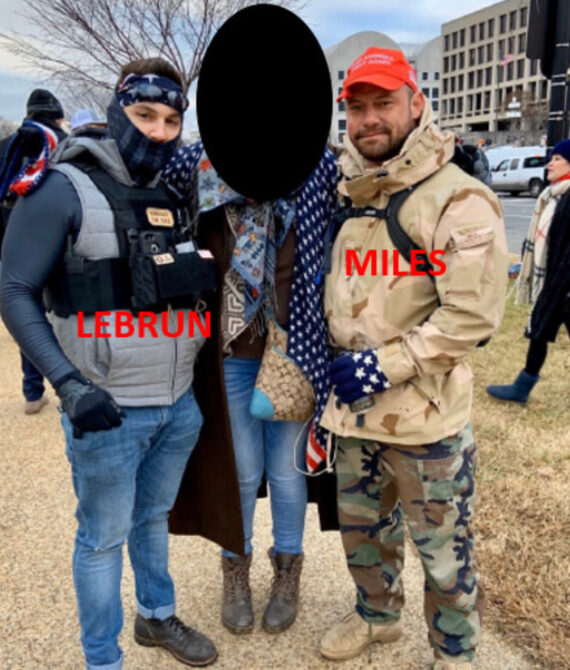 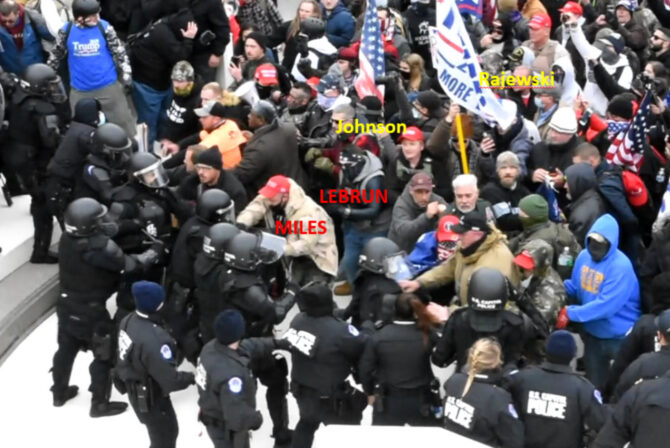 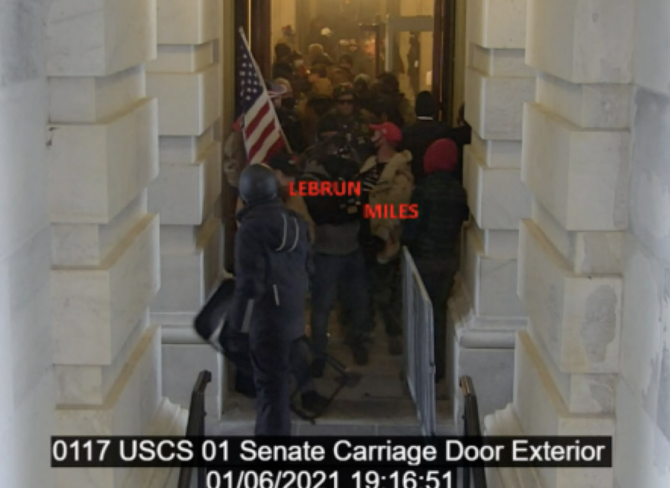 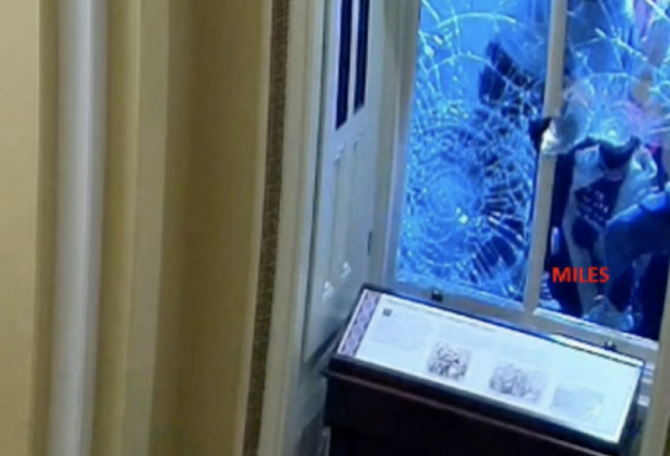 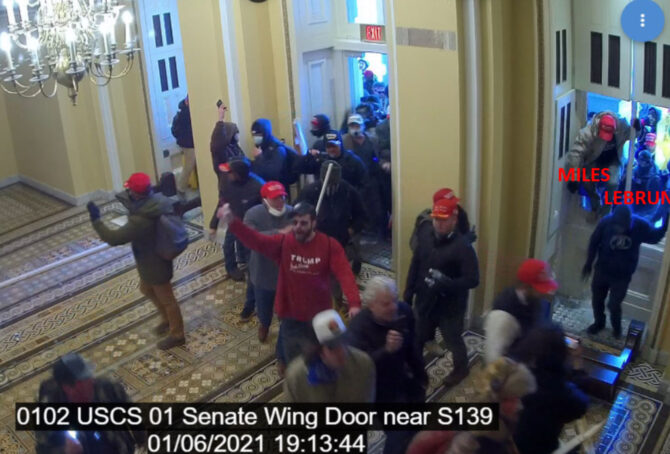 In a sick plot twist, Str8Up (link work-unfriendly) reports that one week after he participated in the violent insurrection, Miles took to Twitter to blame Black Lives Matter and Antifa for instigating the event: 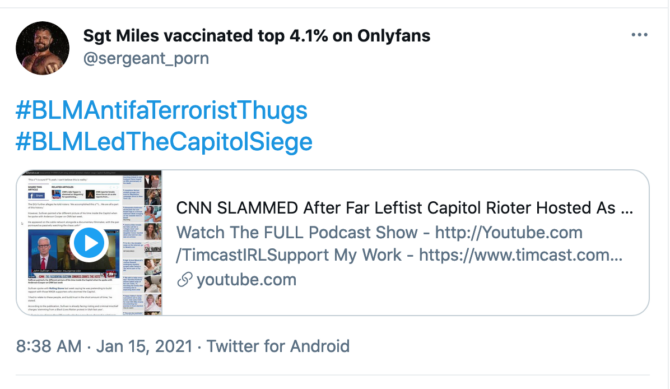 Since the January 6 insurrection, nearly 800 people across the country have been arrested, according to the DOJ. More than 250 have been charged with assaulting or impending law enforcement.