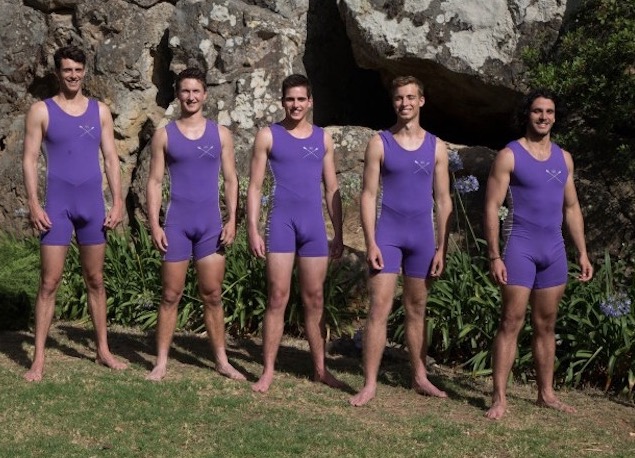 Without so much as a warning shot, the Instagram account of the Warwick Rowers has been removed until further notice.

The collegiate rowing club known the world over for their fundraising photo shoots announced the sudden move on Monday.

Each year, the group puts out a skin-tillating calendar, the proceeds of which go towards a group that combats homophobia in sports.

The rowers revealed that the account was taken down without warning after this series of photos was deleted.

They wrote: “As you may have noticed, our Instagram account has been permanently deactivated without any reason communicated to us.

“We’re hoping this is a mistake and are waiting for them to allow us back on the platform to keep spreading our message.”

Per Instagram’s content guidelines, photos that display “sexual intercourse, genitals, and close-ups of fully-nude buttocks” will be removed from the platform.

However, the photos that were deleted prior to the account being shut off generally all fit within the guidelines.

And while the group’s social media manager is careful to keep content within Instagram’s policy, photos will occasionally show a glimpse of pubic hair, something of a gray area.

Project founder Angus Malcolm said: “We have a policy of requiring models to have fairly natural pubic hair on the grounds that shaved crotches reflect an unrealistic and hyper-sexualised aesthetic that promotes unhealthy relationships with our natural bodies.

“But whatever your position on this, the clue is in the name. Pubic hair is not part of the genitals. It’s hair.”

In 2016, the team’s YouTube channel was suspended, though it has since been reactivated.