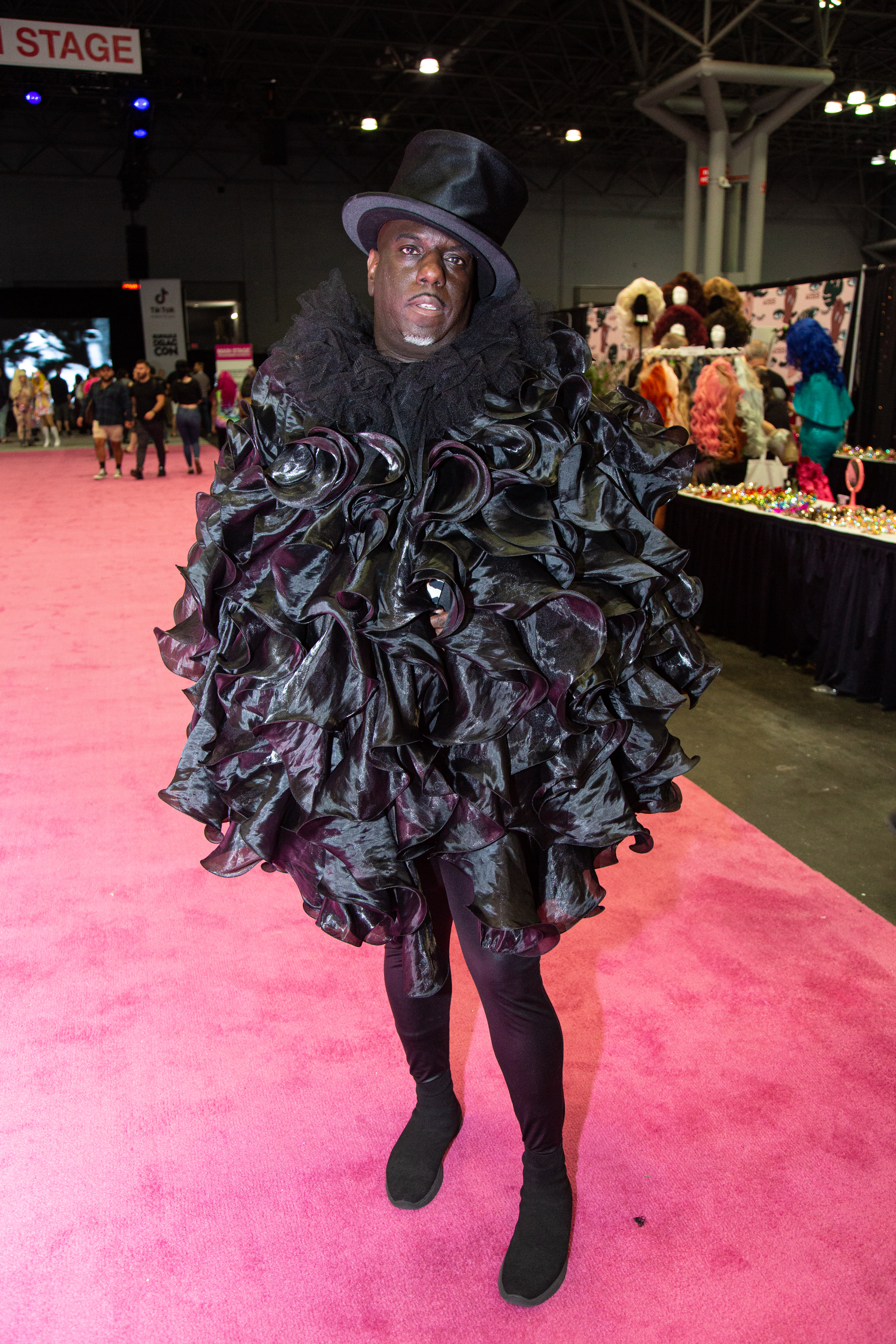 All the kitty girls and their squirrel friends were there: Michelle Visage, Diane Von Furstenberg, Whoopi Goldberg, Trixie Mattel, Aquaria, Gia Gunn…and the list goes on.

Queerty’s John Russell and photographer Ames Beckerman were there too, snappin’ pics and takin’ names and writin’ captions. 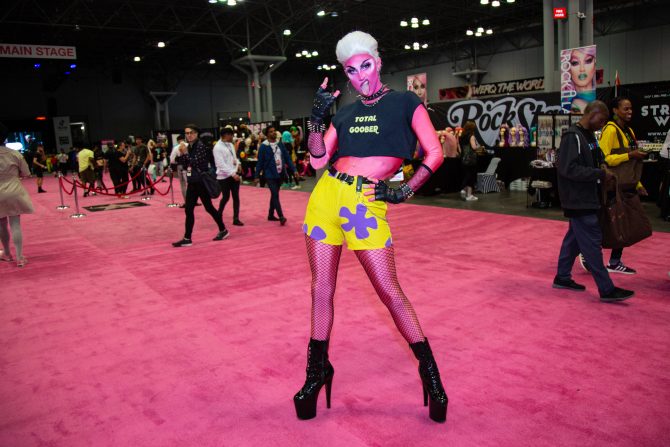 “No last name. I haven’t thought about it yet. A lot of people are like, ‘Do Crimsyn Tide or Crimsyn Peak.’ I feel like your last name has to be something that you have to be performing and you have to fall into it. It has to have meaning to it. So I’m just waiting for that something.” 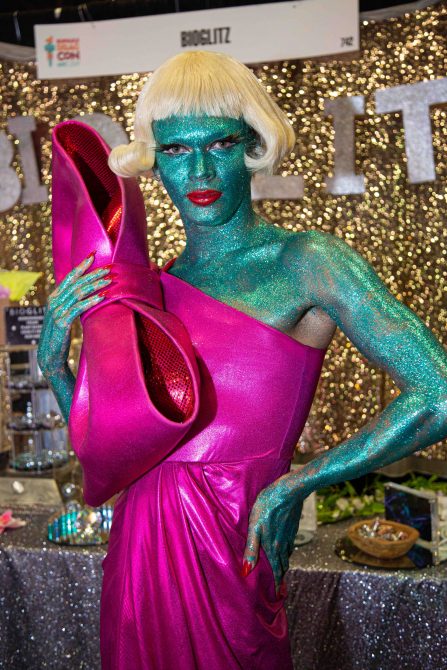 “I’m here with Bio Glitz. They’re a sustainable glitter company making plant-based glitter. No microplastics. [Traditional glitter] is terrible for the planet. It’s really hard to get off, but once you get it off it just goes somewhere and stays there for millions of years.”

Related: RuPaul puts his Hollywood Hills bungalow for sale; take a peek inside 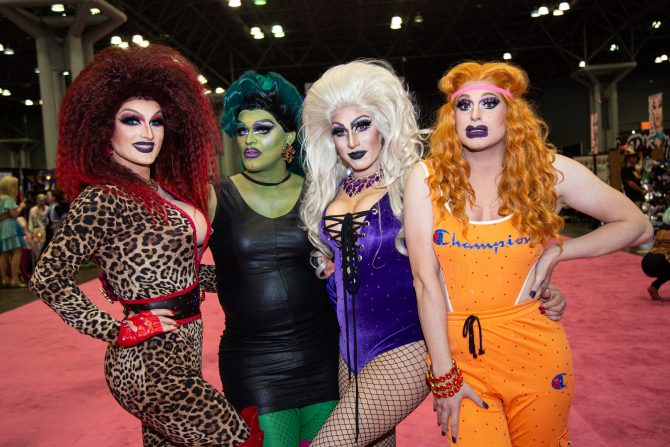 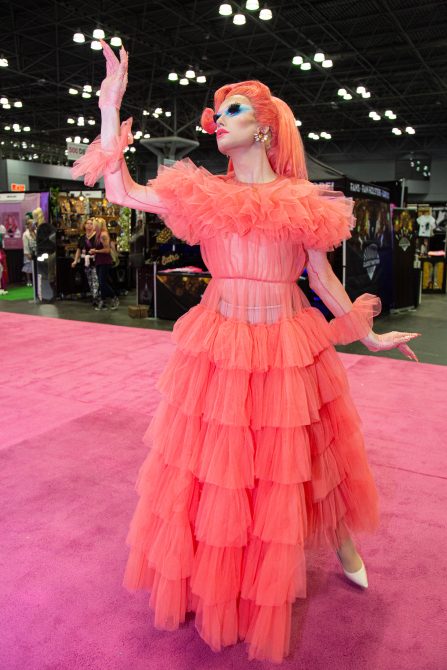 “I’m Rock Star Wigs. We’re featuring wigs that I’ve styled. We’ve been to every DragCon ever.” 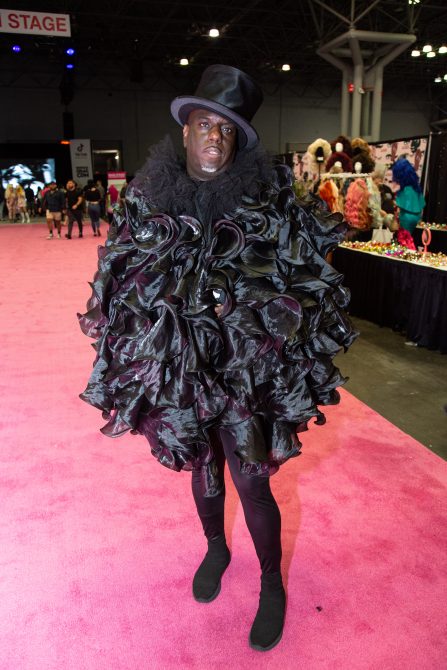 “I’m famous for running Black Pride here in New York. I’m also one of the judges on Pose. This is a crinoline that I turned around and made into a cape. I’m here supporting Vivacious and a few other kids.” 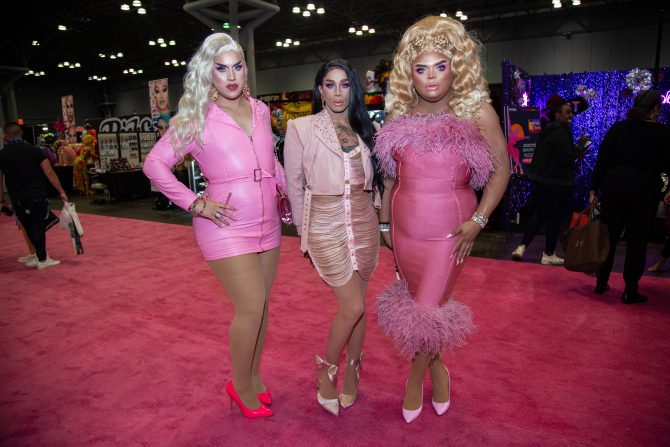 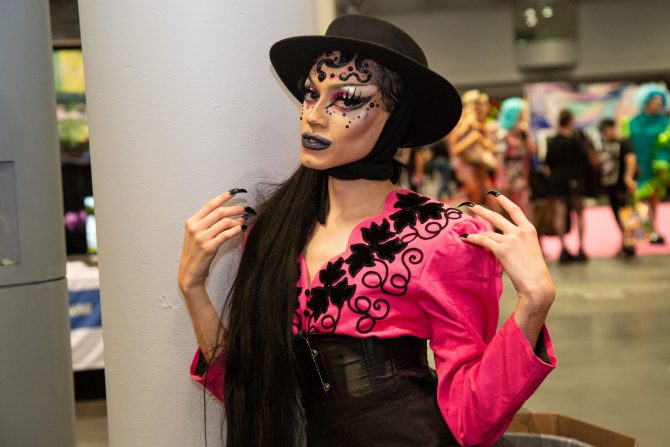 “I’m here at DragCon serving looks and getting to meet all the fabulous people that come out to support each other. We only have each other in the queer community.” 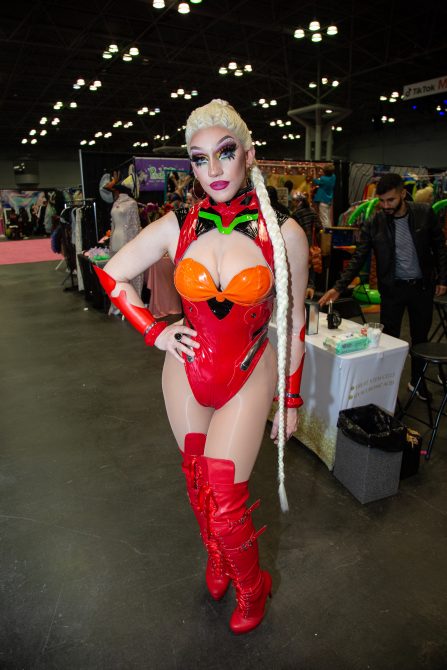 “I’m an intergalactic space hooker…but the trade didn’t like the session! I wanted to try something different today, something a little fiery and intergalactic.”