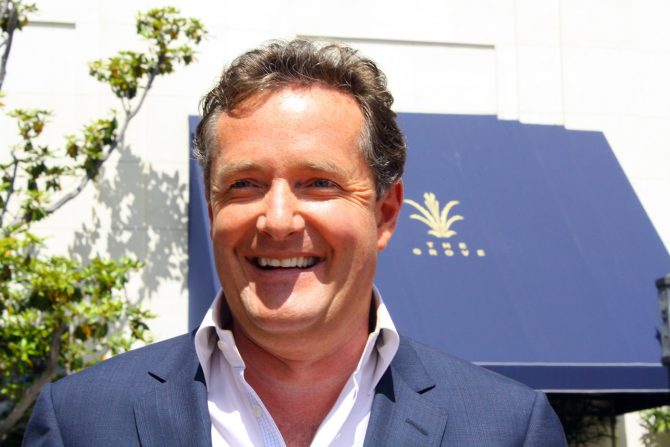 Piers Morgan is a gay fixation… according to Piers Morgan. The conservative journalist, who has recently irritated LGBT viewers with his exclusionary comments, said on Good Morning Britain on Monday, December 16, that he’s been “quite popular” in gay clubs.

The 54-year-old made the boast after responding to a trolling tweet from someone named Barry Brown. “Piers needs to come out of the closet,” Brown wrote. “It’s obvious he’s gay. Stop all the rumors on national TV. Say you’re gay, then have a break in Mykonos with your lover. Out you come.”

“Have you been down to Freedom in Soho without me?” co-host Susanna Reid asked.

“I have been to gay clubs in Soho with Susanna,” Morgan replied. “I don’t want to comment at this stage, Barry, you may be onto something. I do like Mykonos. I was quite popular in the gay clubs, actually. I was quite surprised.”

This from the man who complained about gender-expansive terminology during a September broadcast of GMB.

“Shut up! Shut up, you people. Let me tell you some of these gender names: Neutrois, pangender, polygender, two-spirit person, transmasculine,” he said at the time. “What’s wrong with male and female?”

In response to those comments and others, 950 viewers complained about Morgan to the UK’s Office of Communications, and a Change.org user petitioned ITV to remove him from GMB. “In keeping Piers Morgan as the programme’s main draw … ITV [is] actively choosing to promote an insidious agenda against transgender people (and minorities in general), as through his choice of language he regularly berates and mocks those who do not identify in a way he is willing to comprehend,” the user wrote. More than 34,000 people signed the petition.

Morgan has also repeatedly mocked Sam Smith’s nonbinary identity — and has, apparently, refused to use the singer’s pronouns.

“Sam Smith has announced [they’re] gender-fluid,” he said on the show in March. “[They] can’t work out if [they’re] man or female. … I’m now identifying as Sam Smith, so I can get [their] royalties. … Sam Smith has millions of fans. What are they supposed to think?”

So yes, Morgan might be popular among some gay viewers… but likely not the ones who embrace the full LGBTQ+ acronym and stand with trans*, nonbinary, and gender-nonconforming populations.