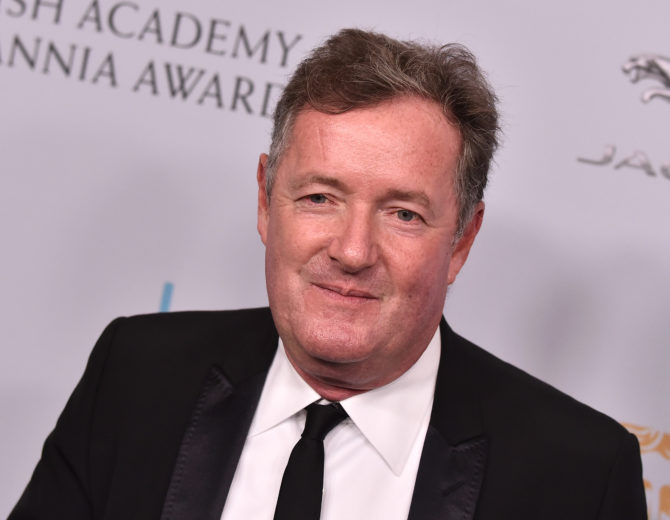 But his bumpy week just hit a sink hole — Morgan will leave Good Morning Britain for good following an investigation into his conduct by broadcasting regulator Ofcom.

Ofcom received over 41,000 complains about Morgan’s commentary, in which he cast doubt on Markle’s claim that she contemplated suicide after marrying into the royal family.

After the interview aired, Morgan said: “I’m sorry, I don’t believe a word she says. I wouldn’t believe her if she read me a weather report.”

On Tuesday, he backpedaled and said:

“When we talked about this yesterday, I said as an all-encompassing thing I don’t believe what Meghan Markle is saying generally in this interview, and I still have serious concerns about the veracity of a lot of what she said.

“But let me just state on the record my position about mental illness and on suicide. These are clearly extremely serious things that should be taken extremely seriously, and if someone is feeling that way they should get the treatment and help they need every time.”

That was before he stormed off the set.

But the damage was done and Morgan “decided” to leave the program.

“Following discussions with ITV, Piers Morgan has decided now is the time to leave Good Morning Britain,” the network said in a statement.

“ITV has accepted this decision and has nothing further to add.”