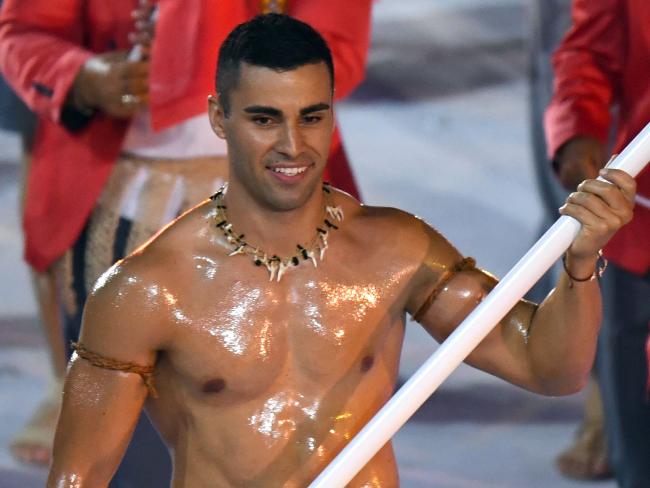 Everyone’s freaking out because Pita Taufatofua (a.k.a. the Shirtless Tongan) returned to the Olympics as his country’s flag-bearer for last night’s opening ceremonies.

It was -2 degrees Celsius (28 degrees Fahrenheit) outside, but that didn’t prevent Taufatofua from ripping off his shirt, rubbing baby oil all over his body, and proudly waving his country’s flag for the world to see.

Twitter was very impressed with the glistening performance, though nobody could seem to agree on the exact temperature outside other than it was cold:

He's back and oiled up again! Pita Taufatofua of Tonga at the #WinterOlympics2018 pic.twitter.com/VPs3R9t9U1

Tonga – HOLY SHIT PITA TAUFATOFUA YOU LEGEND. It's minus 5 and he's busted out the baby oil and diamond cutters #OpeningCeremony #PyeongChang2018 #medallica #gusandrig

If it wasn't enough that Pita Taufatofua competed in taekwondo in Rio and is skiing in #Pyeongchang2018 having never seen snow until two years ago, he also works with homeless children, has an engineering degree and has been a model. Save some achievements for the rest of us pal. pic.twitter.com/wLBtTvgEl6

Taufatofua will also be competing in this year’s games. Only this time, he’s traded in the taekwondo belt he wore in Rio for a set of cross country skis, an impressive feat considering there’s no snow in Tonga.

Taufatofua is just the second Tongan ever to compete in the Winter Olympics.