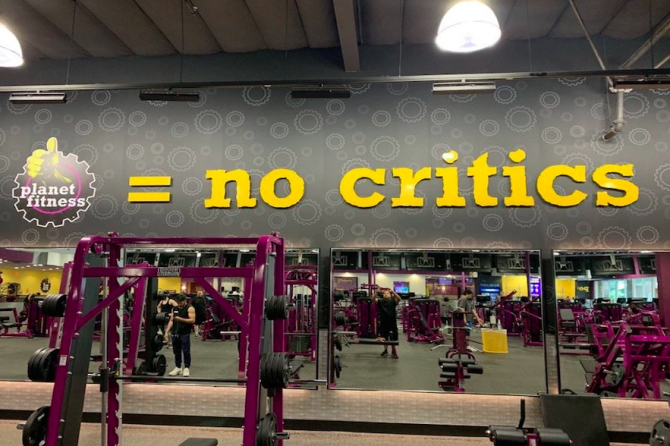 The popular gym chain Planet Fitness is in the middle of an antigay PR nightmare and it’s not handling it well.

This week, it was revealed by Out that the company’s CEO Chris Rondeau has been secretly funding antigay politicians for years.

Recently obtained documents from the Federal Securities and Exchange Commission revealed that in 2016, Rondeau gave $1,200 to Donald Trump presidential campaign.

In 2018, he gave money to former New Hampshire State Senator Andy Sanborn, who opposed a bill banning gay conversion therapy and he voted against updating the state’s existing civil rights laws include protections for people based on gender identity.

As a company, Planet Fitness has long crowed about its commitment to equality, deeming itself a “judgment-free zone” and offering trans members the freedom to use the locker rooms that corresponds to their gender.

Since the news that its CEO has been funding the agendas of homophobic politicians, however, the company has gone radio silent.

Not only has it ignored requests for comment, but it hasn’t issued any statement or even done the bare minimum by acknowledging the controversy on social media.

The company’s most recently tweet, and its first since the news about Rondeau broke, was an awkward joke about jeans this morning:

Perhaps the company is hoping the whole thing will blow over so it won’t have to address the issue?

Unfortunately, it doesn’t look like that’s going to happen. The hashtag #boycottplanetfitness has already begun circulating on Twitter, and people aren’t happy.

@PlanetFitness So let me get this right – my membership money is going to fund a traitor and homophobes? Fuck you people. I will be canceling immediately unless you can document that this is not your practice. #NoJudgment? #BoycottPlanetFitnesshttps://t.co/k6QPuyYHub

Here I thought ⁦@PlanetFitness⁩ was for everyone. I was about to join a gym and it won’t be PF. #PlanetFitness#BoycottPlanetFitness#LGBTQ #LGBT https://t.co/o6dwaBpRgO

As you well know @PlanetFitness I am an avid fitness enthusiast and love my PF, however if your company doesn’t make these Trump donations right, I will be cancelling my membership and standing outside with signs to get others on board. #planetfitness #boycottplanetfitness

Earlier this year, Equinox Fitness had a similar scandal when it was revealed the company’s majority stake holder, Stephen Ross, had hosted a $250,000 per person fundraiser for Donald Trump’s reelection campaign, raising $12 million in a single night. As a result, members left the gym in droves.

Planet Fitness should probably address this issue ASAP if it doesn’t want to suffer a similar fate.