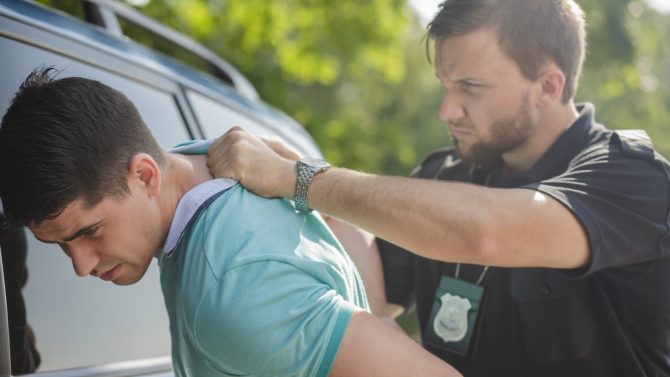 We’re in the middle of a global pandemic, but that hasn’t stopped police in North Georgia from using Grindr to conduct bogus sting operations on gay men.

Our friends at Project Q Atlanta report that the Dawson County Sheriff’s Office arrested nine men during a three-day sting operation last month, charging them with a string of misdemeanors and felonies, some without any merit whatsoever.

Police accused at least one of the men of offering drugs in exchange for sex to an undercover cop, though screenshots of the conversation included in the man’s arrest warrant don’t support the allegations at all.

Last month, Sgt. W. Dereck Johnson, using the Grindr screen name “Charlie[looking for]420″, initiated a conversation with the man online. Johnson asked if he had any pot. When the man said yes, Johnson asked, “U share?” The man said he would and the two arranged a meet-up.

“I want to get high and f*ck,” Johnson wrote.

“Nothing wrong with that,” the man replied.

When the man showed up at the designated meeting spot, police arrested him on misdemeanor charges of pandering, possession of less than one ounce of marijuana, and criminal attempt.

In his report, Johnson wrote, “[The suspect] did solicit SSGT D. Johnson to perform an act of prostitution in exchange for marijuana.” This, however, never happened. At no point during the conversation did the man offer pot in exchange for sex.

The Dawson County Sheriff’s Office also went after eight other men, between the ages of 23 and 50, over the course of three days in early March.

The arrests included a slew of random misdemeanor charges, including pandering, obstruction, and marijuana possession, as well as more serious felonies, ranging from criminal attempt to distribute marijuana and methamphetamine, to the use of a communication device to facilitate a felony.

The men’s names and mugshots were then leaked to a local newspaper, where they were then published for everyone to see. The newspaper made no mention of the sting operation, but it did include the names of each of the men’s employers.

When reached for comment, Dawson County Sheriff Jeff Johnson declined to say anything, but Greg Nevins, senior counsel at Lambda Lega’s Southern Regional Office in Atlanta, called the entire sting operation a “cataclysmic failure” on the part of law enforcement.

“It used to be that they would always say we have to stop these hookups in parks because our children are in parks,” Nevins told Project Q Atlanta. “Well now you’re on Grindr looking for a problem.”

He continued, “Where does the protect and serve baseline actually come into my this?Where is any appreciation for not over incarcerating people who aren’t doing anything harmful and looking out for situations where real harm is going on? It’s a cataclysmic failure.”