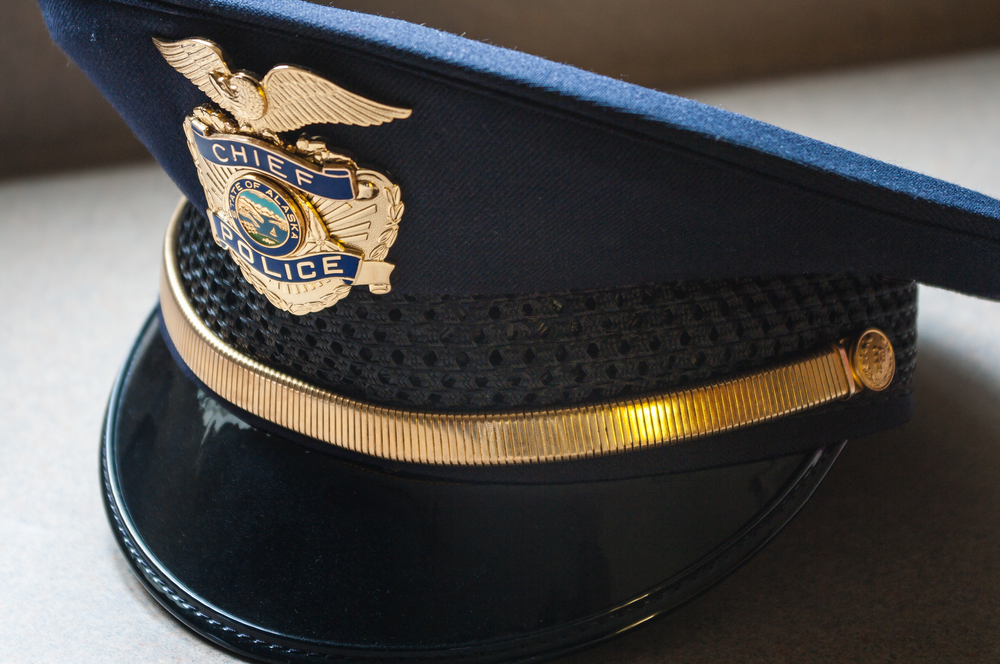 A police chief in Oklahoma has been accused of sending homophobic texts to a local business owner and of sticking his finger down the pants of several male officers.

David Hanson is the chief of the police department in Seminole, Oklahoma. Last week, he admitted to using antigay slurs in what he describes as “cordial, off-color” text messages sent to Todd Holliday, who owns a local office supply store with his husband Justin.

“The police chief with the Seminole police department calls me names,” Holliday tells local station KFOR-TV. “Very derogatory, very slanderous names that no one should ever call anyone.”

In one text, Hanson calls himself the Hollidays’ “daddy.” Others were deemed “too vulgar” to for KFOR-TV to say on air, but Holliday describes them as “awful.”

“We shouldn’t have to endure that,” he says. “No one should. Especially from the head of the police department.”

But Hanson’s alleged harassment extends beyond just the Hollidays.

“It’s gotten to the point where none of us want to come to work,” Burnett says.

But perhaps the most shocking claims are accusations of sexual misconduct.

Burnett says Hanson likes to “insert his finger into the crack of the back of your pants pretty forcefully. It happened on numerous occasions.”

For his part, Hanson denies being homophobic and calls the allegations against him “shocking.” He says he sees the Hollidays nearly every day because the city is one of their biggest clients and that he holds “no feelings of hostility” towards them.

“They both know I am not homophobic,” he insists. “We exchanged cordial, off-color texts. They texted wild gay comments and made fun of me being Jewish. I responded with off-color jokes. Not one time did I ever detect that any remark made was unwelcome or offensive.”

He adds, “If I have offended them or the LBGTQ community in any way, I most sincerely apologize. This is one of those life-learning lessons that come at great cost and I have certainly been humbled by this experience.”

In response to allegations made by Burnett, Hanson declined to comment other than to say those are “personnel issues.”

The city says it is taking the matter “very serious” and has launched an investigation into “complaints against the Police Chief by members of the Fraternal Order of Police and a member of the public.”

Holliday says he now fears for his safety since going public with his story.

“I’m afraid we’re going to have a target on our back,” he laments.

Meanwhile, Burnett says he wants Hanson fired. Otherwise he fears the police chief may retaliate against him.

“It’d be working under a microscope for the next four years,” he says.