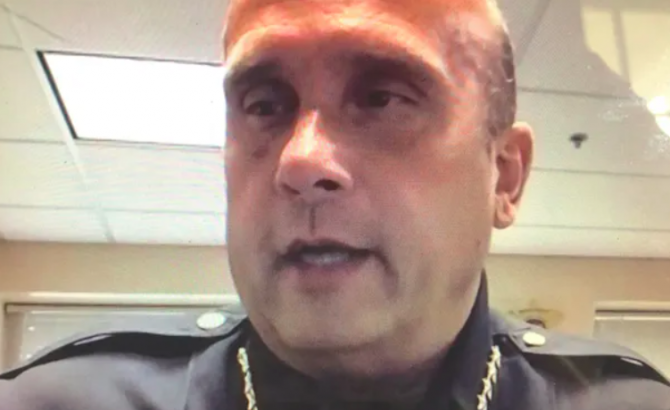 A police chief from Canandaigua, New York is refusing to step down after being accused of all sorts of inappropriate behavior, including verbal sexual harassment, racism, and homophobia.

Sheriff Kevin Henderson says he won’t be intimidated into resigning after the Ontario County Board of Supervisors announced plans to launch a formal investigation into both him and “certain employees” inside his office.

In a statement released this week, the board said it received several complaints on an anonymous tip line set up earlier this year. The calls were “extremely concerning and highlight the poor leadership, lack of integrity and low employee morale within the office.”

As a result, the board hired an outside counsel to interview more than 70 current or former members of the Sheriff’s office about the situation.

“Comments made by the sheriff to employees of a sexual nature. Comments made of a sexual, racial and homophobic nature, some of which were made in the sheriff’s presence, and the sheriff not only did not address it with the speaker, but laughed about it and said things like, ‘I’m supposed to discipline you now. Ha, ha.’ And then never did.”

Henderson refused to cooperate with the outside counsel’s investigation, which DeBolt says is part of what prompted the board to launch a formal internal investigation.

“There are questions that remain unanswered that the board feels they need to get to the bottom of,” he said. “Our highest priority right now is protecting the employees of the department.”

In a statement, Henderson didn’t deny the accusations made against him, but he did say he “has no intention of resigning, and reaffirms his commitment to the citizens of Ontario County to put public safety before politics.”