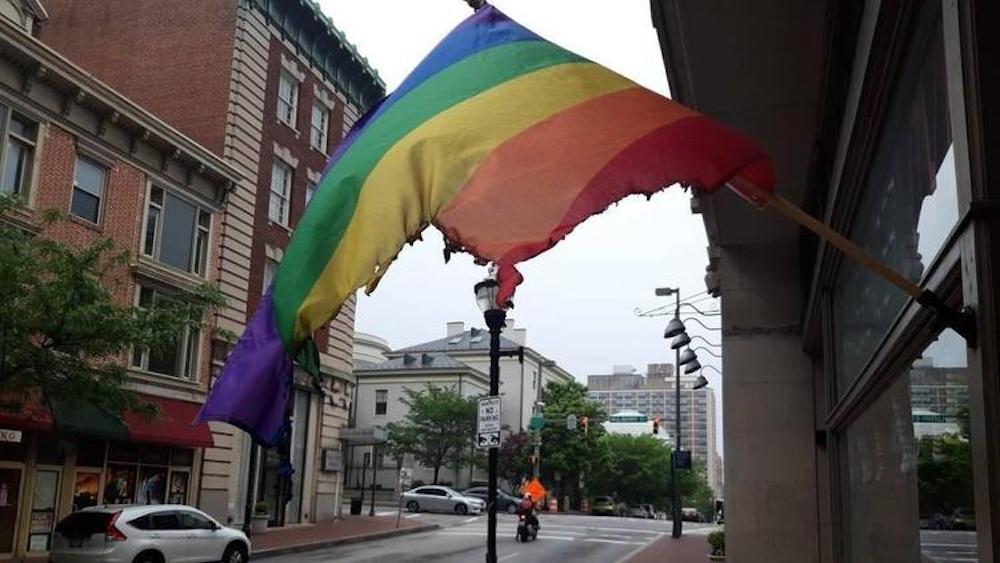 Police are investigating recent incidents of intimidation after a burned rainbow flag and an LGBTQ magazine bound by a noose were discovered by locals in two major northeastern U.S. cities.

The burned Pride flag was discovered outside of a Baltimore, Maryland boutique named Same Gender Love. Police say security camera footage captured two men running away after setting the flag ablaze. The boutique’s manager reportedly ran outside to find the flag still smoldering shortly after it was burned.

The boutique’s owner Marva Laws told The Baltimore Sun, “My first reaction was full of emotion. I was very angry because this is mine. It belongs to me. Of course I took it personally. My second reaction, after I think about it, is I feel sorry for whoever did it. What statement are you making, other than showing that somebody ignorant walked past my store?”

Police have opened up a hate crime investigation into the incident.

Related: This man was the victim of a hate crime. So he ran over the attacker with his car.

Meanwhile in Washington D.C., a copy of the black lesbian magazine Tagg was found hanging from a noose set upon a lamppost in the Adam Morgan neighborhood. The magazine was a copy of Tagg‘s annual “Enterprising Women” issue.

Tagg Magazine (@TaggMagazine) was created and is owned my an amazing black lesbian in DC, Eboné Bell (@ebonebell). Yesterday the latest issue of the magazine was found hanging from a rope on a pole in DC. Signal boosting for community safety. pic.twitter.com/I1Zigg6ej0

Police say security cameras surveil the neighborhood where the noose was found. They are investigating it as a hate crime as well.

In a statement, the magazine’s owner and Editor-in-Chief, Eboné F. Bell, said, “A noose symbolizes years of hate and the death of thousands of Black people in this country. As a Black lesbian, this incident is more than disturbing. I believe there is a reason Tagg was a target, and I believe there is a reason the Enterprising Women issue with people of color on the cover was a target.”

The magazine added, “Tagg …  is grateful to the LGBTQ community for the messages of support. The resounding message of ‘We got your back’ speaks to the strength of our community, and the support people have for the publication.”