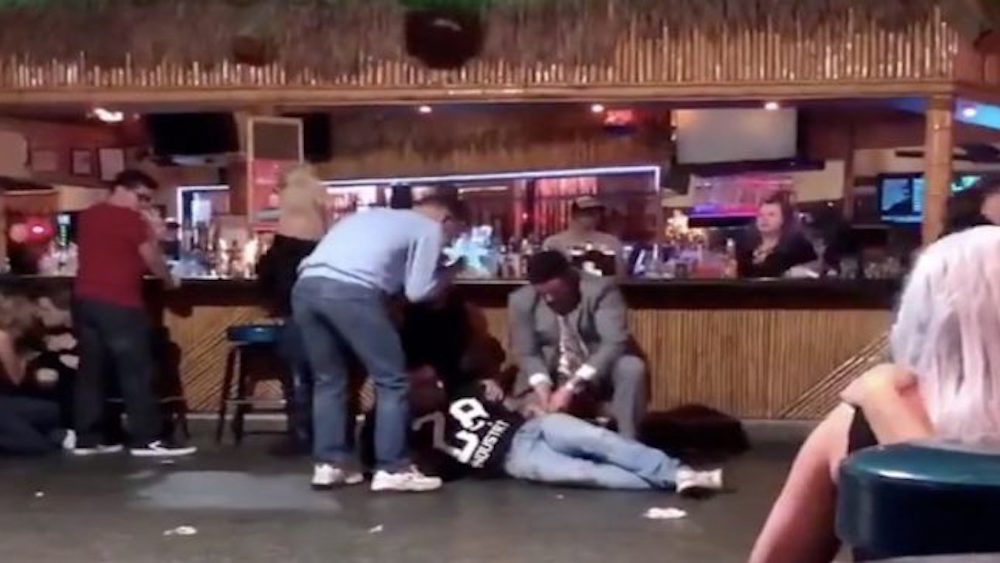 Police in Palm Springs, California are seeking a Latinx man in his 20s or 30s as a suspect in the shooting of two individuals which happened at Toucan’s Tiki Lounge, a gay-friendly bar, around 2 a.m. early Sunday morning. Both shooting victims survived after being treated at a hospital.

Police say the shooting started as an argument in the bar that moved outside to the parking lot. Witnesses fled before police could question them.

A Twitter video (below) following the shooting shows patrons cowering and crying inside the bar, using their phones and shielding themselves with tables and barstools while someone urges them to “Stay the f*ck down.”

It also shows a person bleeding through their jeans from a bullet wound on their thigh. Police then enter the scene.

Here’s a video posted on Twitter just after the shooting:

Related: You ‘win’ a horrific new video game by shooting LGBTQ people in a nightclub

The shooting is somewhat similar to an October 2018 San Antonio incident in which a shooter injured three people, allegedly after being kicked out of the Pegasus gay bar. Two men and one woman sustained non-life threatening injuries in that shooting.

Two days after the shooting, 44-year-old Jose Rincon Hernandez surrendered to police, but he claimed that his brother-in-law was responsible. Nevertheless, police charged him with at least one count of aggravated assault.

Barely a year after the June 12, 2016 shooting at the Pulse nightclub, one media outlet counted at least nine attacks on gay bar patrons.

While these attacks weren’t necessarily attributed to homophobia, hate crimes have steadily been on the rise since Trump’s election. In fact, a recent study showed that hate crime incidents have risen 226% in areas where Trump held rallies.