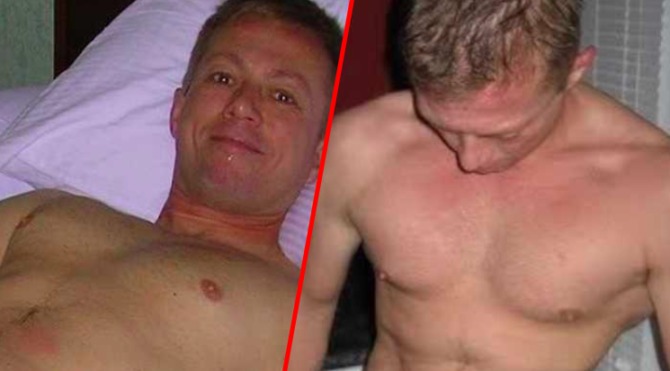 On Monday, WEHOville ran a story about Schmidt, claiming he was encouraging voters to check out his DudesNude profile, which includes x-rated photos and videos of him, to learn more about him as a candidate.

“Eric Jon Schmidt … has promised to run an absolutely transparent campaign,” the outlet reported. “That apparently includes his willingness to continue posting photos and videos of him having sex.”

The profile included a total 23 photos, some solo and some featuring Schmidt with other men, along with six videos of him engaged in various sex acts.

In an email to WEHOville, Schmidt said, “I am 100% transparent. I have nothing but good intentions and I am not running against anyone, just their seats. I have nothing negative to say about the others and never will.”

The next day, Queerty reported on another sexy profile featuring Schmidt, this one on the site XVideos.com. The profile, which has since been deleted, contained 194 photos and 27 videos.

Well, what a different four days makes. Because now Schmidt says he didn’t “release” the images as part of his campaign strategy. Instead, he says, they were shared as a “personal vendetta” against him by the WEHOville’s publisher, Henry Scott.

“Those pictures were not released as part of my campaign,” Schmidt tells one media outlet. “Basically, Henry, the guy who runs WEHOville, seems to have a personal vendetta against me.”

“He called me and said, ‘I know about the DudesNudes profile and I’m gonna run a story about it.’ I’m not ashamed of it, so I wasn’t going to lie about it.”

When asked what the “vendetta” might be about, Schmidt said he wasn’t exactly sure but it could have something to do with that fact that he once submitted an article to WEHOville years ago that the editors rejected.

When asked for comment, Scott said “I am a long time journalist and media business executive … and have and always will follow a basic journalism standard: to publish without fear or favor. So, no, I do not have a ‘vendetta’ against Mr. Schmidt.”

Scott adds that he doesn’t know Scmidt personally but that “I’ve met him briefly and he emails me several times a day.”