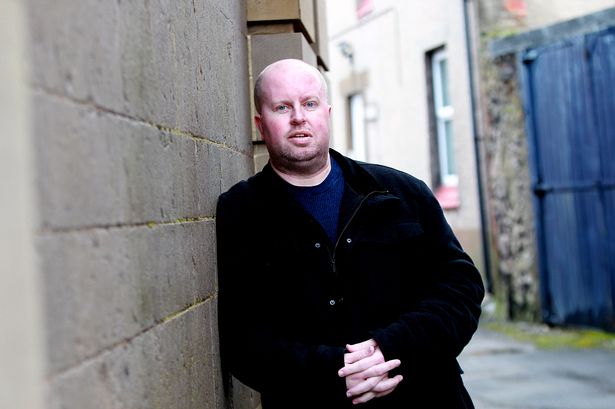 A conservative politician from the U.K. is under fire for sending unsolicited sexts to multiple members of his staff.

Rob Roberts is a Welsh Conservative Party politician first elected to be the Member of Parliament for Delyn in North Wales last year.

In May, he made international headlines when he implied on Twitter that he was gay.

6/6 There. I may have alluded to it before, but never said it. I’m no longer afraid to be who I am. On this day, it feels particularly poignant and a good time to say it.

Now, he’s making headlines again. This time for allegedly hitting on two junior members of his parliamentary team, one male and one female.

BBC Wales published a series of texts sent by 40-year-old Roberts to an unnamed 21-year-old female intern back in April, telling her he “might be gay” but that he can still “enjoy… fun times” with”no strings.”

“Pweeease!” he texts, before later saying he’s “just thinking about fun times. Maybe if you thought of them too it might help you.” 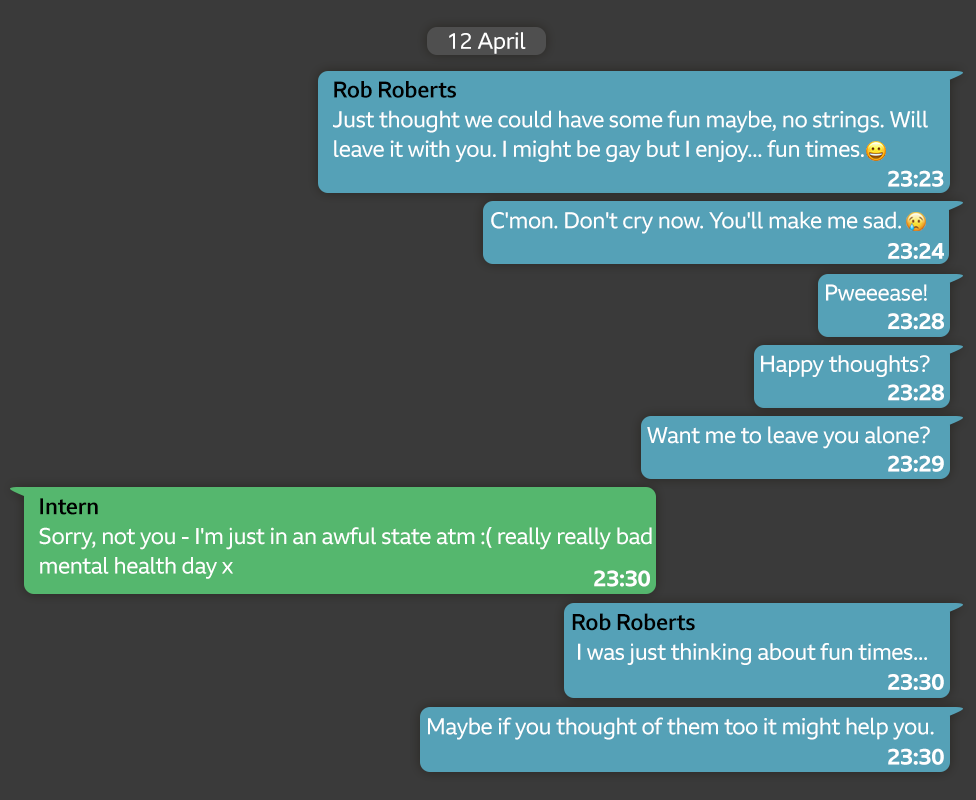 Speaking to BBC Wales, the woman said the exchange made her feel “incredibly sick.”

“I had had one of the worst days ever, and then I messaged him saying I’m crying, I’m not okay,” she recalled, “and his solution to that was to proposition me.”

“I felt really vulnerable and I felt like I was being used to make him feel better about everything.”

She went on to say she became worried about her job, but also, she began questioning whether she wanted to work in politics anymore.

“I didn’t feel comfortable telling anyone I was friends with in politics about it because I thought it would affect my career in the future or if I wanted to be more politically involved that I’d be branded by all of this. I couldn’t speak up about it in case my name got implicated or I was blamed for everything.”

She has since left her position.

In a separate set of messages obtained by BBC Wales, Roberts admits to a colleague that he propositioned an unnamed male parliamentary staffer, saying “I liked him and asked him to dinner.”

“Really poor judgement on my part, hands up,” the text continues. “He didn’t react very well because it created a problem for him that I felt that way.”

In another message, Roberts adds: “The chief whip was involved, lots of drama.”

A spokesperson for the Conservative Party said an internal investigation into Roberts’ conduct has been launched.

“While Mr. Roberts has apologized for his behavior and has been undertaking safeguarding and social media protection training,” the statement read, “we are clear such conduct is completely unacceptable.”