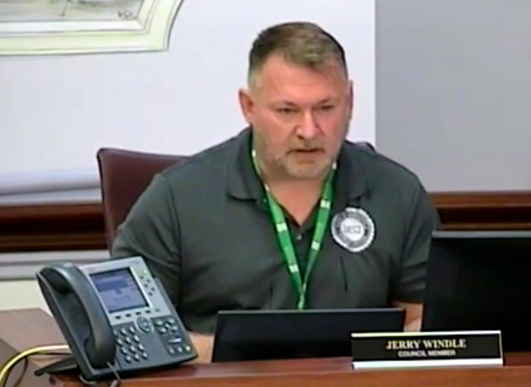 A local politician from North Carolina abruptly stepped down from his post this week after he claimed he could no longer stand the bullying he’s been suffering at the hands of one of his colleagues.

Jerry Windle is, er, was a member of the Morrisville Town Council in North Carolina. That is until earlier this week when he announced his immediate resignation halfway though his four-year term.

In an emotional statement given at a Town Hall meeting on Monday, Windle, who was elected in 2017, said he was through with the homophobic treament he’s been receiving “by the same person” for years.

He did not call out the person by name.

“I cannot in good conscience serve on a council that has knowingly allowed me to be bullied and harassed when it could have been stopped more than a year ago,” Windle told his colleagues, saying that the bullying, which has included antigay slurs and slander both in public and on social media, began when he was on the campaign trail and continued after he was elected.

“I don’t run from bullies and I don’t walk away from a fight,” Windle said, “but I will walk away from a system that prefers passivity and an institution that has allowed bullying to reign free.”

“Bullying is an ugly monster that should frighten us all.”

After Windle’s resignation, Morrisville Mayor TJ Cawley put out a statement praising him for his passion and positive accomplishments. There was no mention of the harassment alleged by Windle.