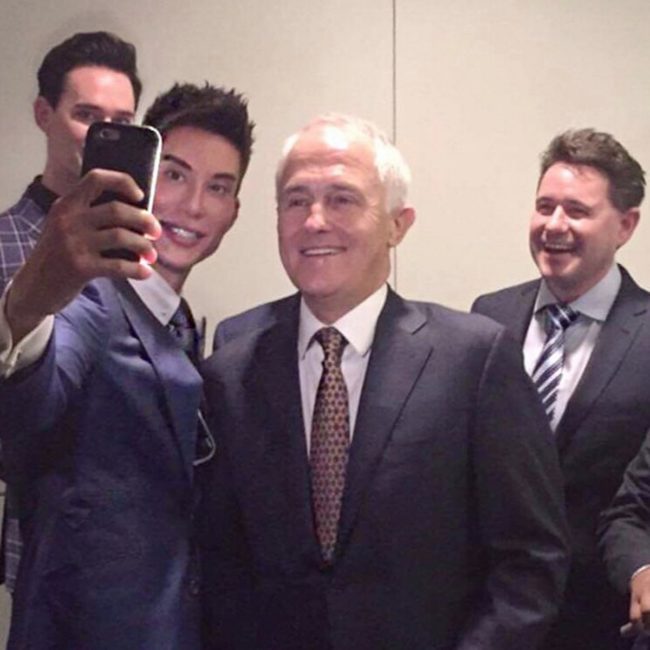 In America, the idea of a world leader being linked to an adult film star is nothing entirely novel by now.

But we aren’t the only nation in which the connection has been forged.

Although to Australian Prime Minister Malcolm Turnbull’s credit, nobody is accusing him of sleeping with, paying off or threatening said adult film star.

Related: The Donald Trump/Stormy Daniels ’60 Minutes’ memes are in and they’re brutal

Still, the above photo shows Turnbull appearing to have a gay old time as gay adult film performer Justin Jedilca snaps a selfie, and the story behind the shot has some notable details.

So before we bury the lede any deeper, let’s start at the end of the encounter — how it was that Jedilca ended up being ejected from the meet and greet.

This tea was spilled by former Labour senator Sam Dastyar, who shared on KIIS FM:

“The Prime Minister has a private security detail. Their first job is to protect the PM for safety, and the second is to stop him from getting embarrassed.

First of all, the idea that a prime minister’s security guard is that up-to-date on his XTube roster is just fantastic. 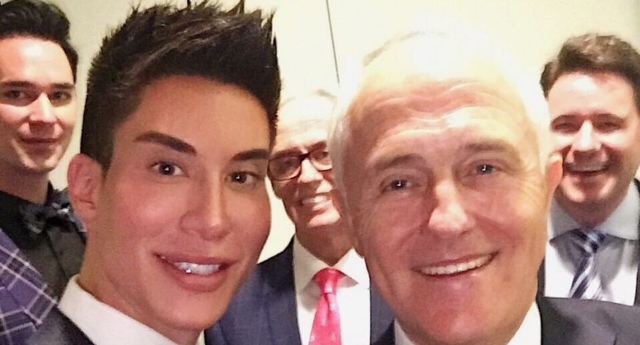 But it gets weirder:

“They get the guy out of the room, escort him out of the building, and then there’s this bizarre cover-up as to who actually signed him in,” he said.

We expect a tense political drama examining this vital bit of intrigue any day now.

Then there’s the matter of how Jedilca managed to get into the event to begin with, but perhaps some mysteries are best left unknown.