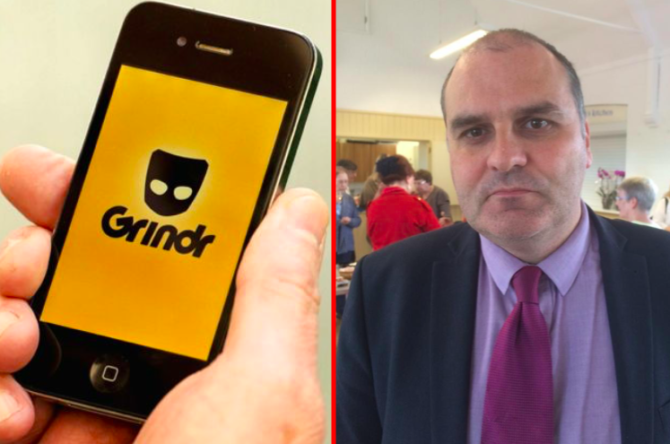 A local politician from the U.K. was just convicted of over a dozen sex charges involving multiple teenagers in a Southampton Crown Court.

49-year-old Mark McCormick is the former chair of Bursledon Parish Council in Hampshire, England. Last Friday, he was slapped with a 17-year prison sentence after pleading guilty to 14 charges involving sex with several teenagers ranging from 14- to 17-years-old.

McCormick, of Griffon Close, Bursledon, near Southampton, was sentenced on Friday after admitting seven counts of indecent assault on boys and four counts of inciting boys to commit acts of gross indecency.

He also pleaded guilty to the rape, sexually assaulting a man and taking an indecent photo of a boy.

The assaults happened between 1997 and 2011 while McCormick was working as a part-time DJ and would frequently play at parties, clubs, and other events.

Prosecutor Jenny Russell described him as “a man attractive to young people interested in music” but who was secretly “a calculating sexual predator who used young people for his own gratification.”

“They were excited about being associated to someone who was living a glamorous lifestyle,” Russell said.

McCormick would often employ teenagers as “roadies”, only to force them into having sex with him later on.

He would also throw lavish sex parties at his home where he would supply the teens with alcohol and, according to one victim, announce “does anyone want fun?” before sexually assaulting them.

One victim testified that he passed out at one of McCormick’s parties only to wake up later to find McCormick “naked except for a condom.”

Another said that he was just 14 when McCormick “masturbated him” and that “what they were doing was normal. Everybody does it.”

Several of McCormick’s victims testified against him, where they labeled him a “leech,” a “sick-minded puppeteer”, and a “very clever man who manipulated me”.

Prosecutors also pointed out that McCormick’s Grindr profile showed “a clear interest in meeting young people” by advertising his desire to play “daddy and son roles”.

When he was first busted in 2017, McCormick denied everything, saying he’s never had sex with anyone under the age of 18 and that he was “a caring person, a father figure who has cared too much.”

He also tried claiming his accusers were lying on behalf of someone who held a longstanding grudge against him.

“You should have been brought to account earlier,” Judge Nicholas Rowland said before sentencing McCormick to 17 years behind bars. “Your victims were vulnerable and you used that to control and manipulate them.”

Related: Ex-cop headed to prison for taking nude pics of 17-year-old boy he was sleeping with