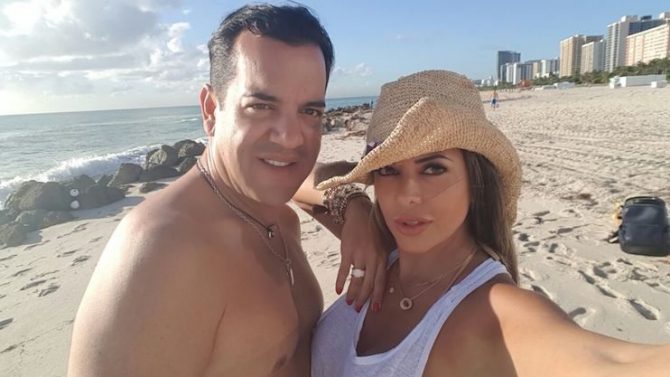 Marly Figueredo is a former fashion model and wife of Rodolfo Friedmann, a popular senator from Paraguay whose political star is on the up-and-up.

This week, she appeared on a local television program to address longstanding rumors that her husband is bisexual, the Spanish language tabloid Hoy reports.

“It really doesn’t bother me if people think my husband is bisexual,” she said, matter-of-factly.

The rumors actually started back in 2013, when Friedmann was running for governor of Guairá, one of Paraguay’s 17 departments, or states.

During the campaign, and on the eve of his wedding to Figueredo, Friedmann’s father hit the media circuit to say his son once went through a “gay phase.”

Speaking to national media, he said: “I gave my children all my love and shelter, but, unfortunately, more than ten times, I caught him in bed with [another man] making love.”

Friedmann’s father claimed the man with whom his son had maintained a gay relationship was a government official by the name of Miguel Iturburu.

The rumors died down for a while but flared back up last week when this meme began circulating on social media along with a caption that translates to: “How nice are your eyebrows, Rolfi. Divine!” 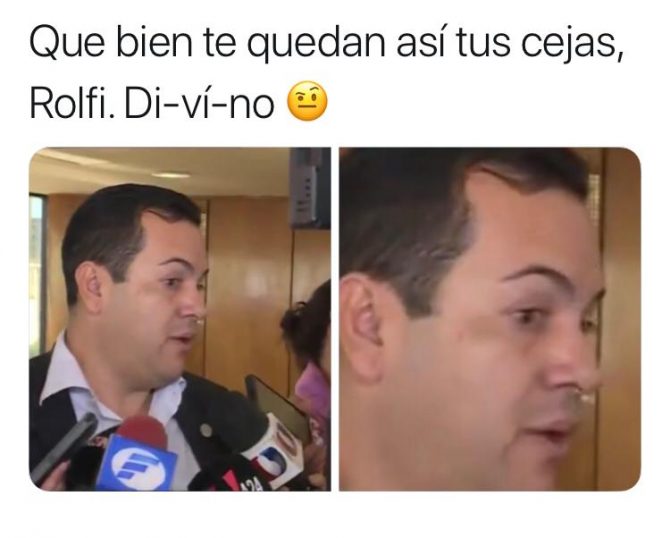 “Friedmann and his wife are both bisexual,” Pereira alleged, saying it’s common knowledge among political insiders. “He really is bisexual. It is true.”

“He takes great care of his his appearance, shaping his eyebrows and taking good care of his suits.”

Looking back on the situation, Figueredo said this week that her father-in-law’s comments in 2013 were wrong, adding “Obviously, I demand from [my husband] that he is faithful.”

She stopped short, however, of confirming whether the bisexual rumors are true.

Paraguay remains one of the few conservative countries in South America when it comes LGBTQ rights. Same-sex marriage is illegal and civil unions are not recognized by law. Gay couples are not allowed to adopt together, and the country has no anti-discrimination laws protecting LGBTQ individuals.