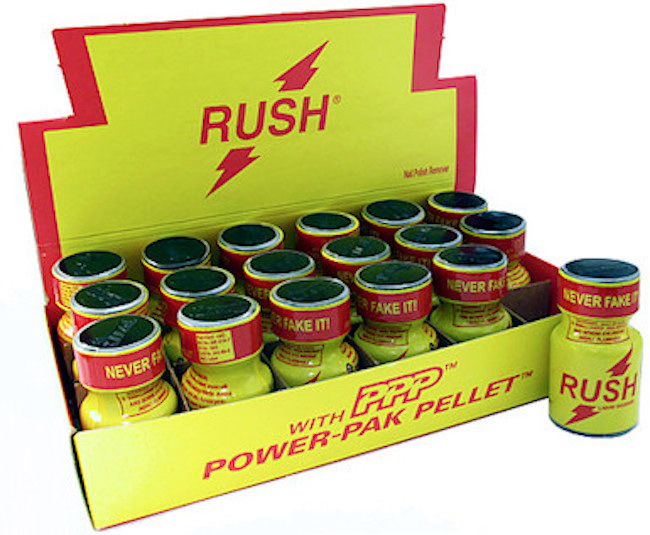 For many of you, this will be a difficult read.

A recent study from the British Journal of Ophthalmology suggests the inhalants commonly known as “poppers” could cause permanent damage to the retinas of some users.

Often sold under the guise of “nail polish remover” or “video head cleaner,” the inhalant has long been popular with gay men in the bedroom and on the dance floor.

Related: “Sudden Sniffing Death” Is Now A Thing Thanks To The New Gay Poppers

As Popular Science reports, there have been several “sudden cases of vision loss after patients had inhaled poppers.”

Researchers found 30 published cases of retinal damage suspected to be related to poppers, as outlined in a letter to The New England Journal of Medicine in 2010.

While the drug has been popular for decades, a switch-up in the way it’s manufactured might point to why this is now happening.

Many brands were using isobutlyl nitrite as an ingredient until 2006, when it was “reclassified as a cancer-causing agent.” The majority of poppers on the market are now made with isopropyl nitrite.

The most recent study focuses specifically on 12 cases of men who were reporting some sort of vision trouble: blurriness or blind spots that developed shortly after inhaling poppers.

Researchers were able to study samples of each brand the men had used, and diagnostic tests suggested it was the swapping out of isobutyl nitrate that could be to blame.

Now, researchers believe isopropyl nitrite causes damage to the fovea, which is a cluster of cones in the retina, primarily responsible for central vision. Some men recovered from the damage but some didn’t, and it’s not immediately clear whether that had to do with stopping all use of the drug.

The authors wrote in the study that:

“The pathological mechanism of popper toxicity remains to be determined, and there is no obvious reason why isopropyl nitrite should be more toxic than isobutyl nitrite.”

Researchers are also mystified why some patients only reported symptoms in one eye, and why the damage appears similar to that caused by bright light exposure.

In the end, more work needs to be done before doctors can tell their patients whether any pattern of use, or particular brand, is ultimately safe on the eyes.