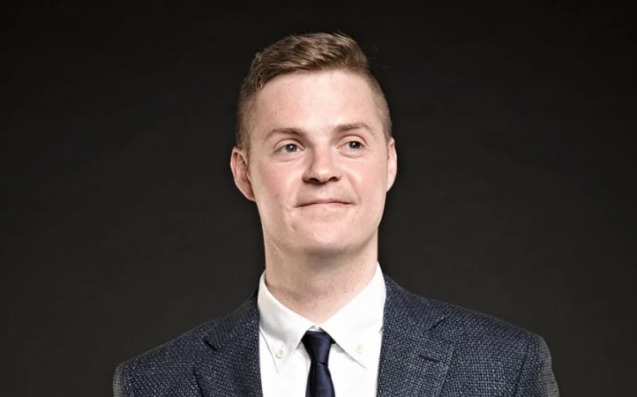 Tom Ballard is one of Australia’s most popular late night comedians. He hosts the wildly popular news comedy show Tonightly and is an outspoken advocate LGBTQ rights and marriage equality.

Now, he’s been hit with a sexual assault scandal involving another comedian.

In a Facebook post published this week, fellow comedian JooYung Roberts, who identifies as straight, accuses Ballard of sexually assaulting him in a hotel room back in 2014.

He recounts what happened in graphic detail:

I go to his hotel room after a gig; eager to learn about the art form I’ve been practicing for a month, not knowing what’s about to happen. He offers me a glass of port wine. What fun we are having, I think. He finishes his glass, reaches over and grabs my glass, takes a sip then hands it back. He kisses me then. Sticks his tongue right into my mouth.

My body writhed as I did everything I could to avoid penetration. Anything but penetration. And I’ll leave when I can. … I left eventually, as politely as I could, but not before he had placed my hand on his penis and placed his mouth on mine, and not before being placed face forward against a counter and desperately turning around. No not that. It wasn’t sex. It was a power struggle.

Roberts calls the experience “traumatizing experience for many reasons.”

After the alleged attack, Roberts says he he went to police but they decided not to pursue the matter because it did not appear any crime had been committed.

“I have become aware of a claim being made about me,” he said in a statement this week. “It involves an allegation of sexual assault: an allegation that I completely deny in the strongest terms possible. It fundamentally goes against who I am as a person and everything I believe in.”

Four years ago I had a consensual sexual experience with someone. I had absolutely no idea he believed it wasn’t consensual until six months ago. His version of that experience as described on social media is simply not what happened. This false claim has been spread via social media, text messages and gossip. It has been deeply distressing for me, my friends and my family. It has affected my work and my mental health.

In the statement, Ballard goes on to say he “ahbors” sexual assault and that he fully supports the #MeToo movement.

“I believe in supporting victims and ensuring those who have done wrong face justice,” he says. “But I have not done anything wrong. Any suggestion otherwise is false, deeply distressing and unhelpful.”