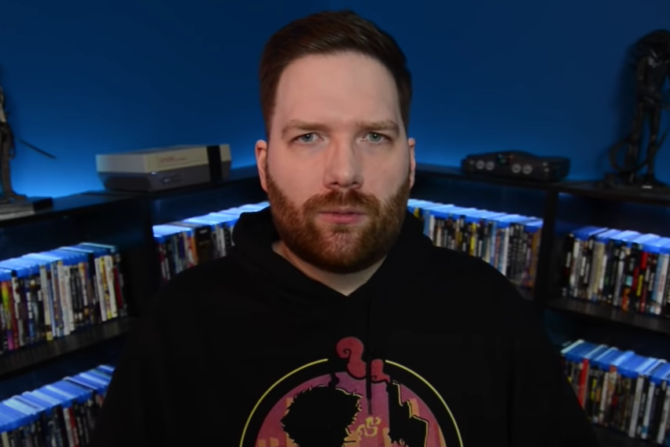 YouTuber Chris Stuckmann has come out as pansexual in his latest video.

Stuckmann, who usually posts film reviews to his audience of nearly two million subscribers, used his latest upload to share his history as a former Jehovah’s Witness.

Towards the end of the lengthy video, titled “How I Left the Jehovah’s Witnesses to Pursue Filmmaking,” he reveals, “I am pansexual.”

“If you don’t know what pansexuality is,” he continues, “essentially you are attracted to all genders, and that’s me.”

Stuckmann’s wife, Sam Liz, was immediately accepting when he came out to her.

“When I first told my wife about this, she was welcoming,” he explains. “She is demi-pan and so she was actually very excited. If anything, this has made our relationship even better and more open.”

Demisexual means someone is unable to feel attracted to another person without forming a significant emotional bond.

Speaking about Jehovah’s Witnesses, Stuckmann referred to the fringe Christian denomination as a cult, alleging that for years they made him repress his sexuality and leave his passion of filmmaking.

Viewers flooded the comments section with overwhelming support, to which Stuckmann replied:

“Thank you all so much. The outreach since the interview went up has been overwhelming and has helped me heal. I can’t tell you how much it means to me that you’ve understood. I was anxious about discussing these things, but I’m so happy to learn that many ex-JWs watch the channel, and I truly hope this video reminds you that you’re not alone. Anyone out there afraid to come out about something, I see you. I support you. Thanks so much everyone.”

Here’s the full video (the coming out starts at the 50 minute mark):

And while we’re here, check out Stuckmann’s roundup of his favorite films from 2020:

Former WWE wrestler comes out as trans: “This is me. Unashamed, unabashedly me.”