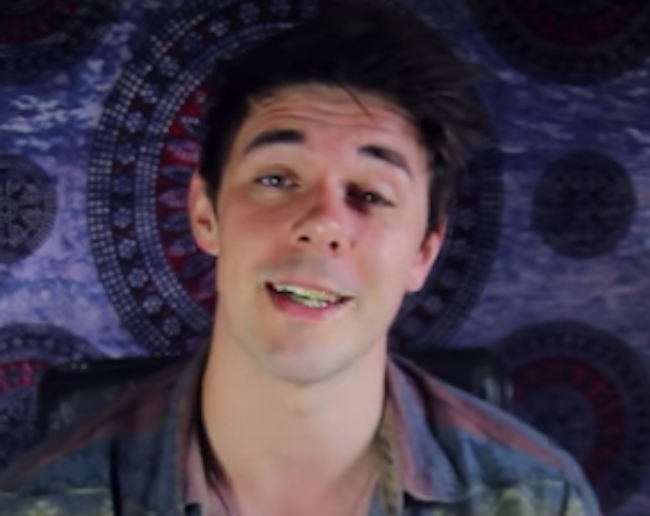 Popular Youtube personality Petesjams has come out as bisexual in a lighthearted and rather captivating video.

He didn’t feel any need to come out until recently, but now, in the name of LGBTQ visibility, he thinks it’s a good idea to be upfront and honest about who he is.

He says bisexual is merely the “easiest way” to describe himself, but pansexual is probably more apt.

After joining in several Pride festivities, he felt it was important that people didn’t perceive him as “some straight dude” and wants to be one of the “vast array of voices” that are telling people ‘it’s okay’ to be gay, genderqueer, bi, asexual, curious, or whatever.

Related: This Hot YouTube Fave Came Out So Gracefully, No One Seemed To Notice

Petesjams says he discovered his own sexuality “somewhere between the age of 12 and 14” and that it was the “liberal kind of nature that came with the ’emo’ ideology” that allowed him to experiment when the time became right.

Currently, his channel has 95,000 subscribes and more than six million views.