Who she is: Actor, entrepreneur

Why she matters: Ross grew up in Wisconson, bullied throughout her school years for her gender non-conformity. After coming out as transgender at the tender age of 19, her parents promptly disowned her and she left home. Out on her own, Ross joined the Navy, where she again found herself targeted. A mere six months later, the Navy discharged her under its “Don’t Ask, Don’t Tell” rule after several of her fellow servicemen pressured her to say she was gay.

Undeterred, Ross relocated to Florida where she began working as a web designer and taking acting classes. In 2014 Ross launched TransTech Social Enterprises, a not-for-profit organization aimed at training transgender people with new vocational skills and helping them find employment. TransTech places special emphasis on helping trans people find remote work during their transition process to allow them to maintain steady jobs free from harassment. Her work with TransTech also earned her the Visibility Award from the Human Rights Campaign. 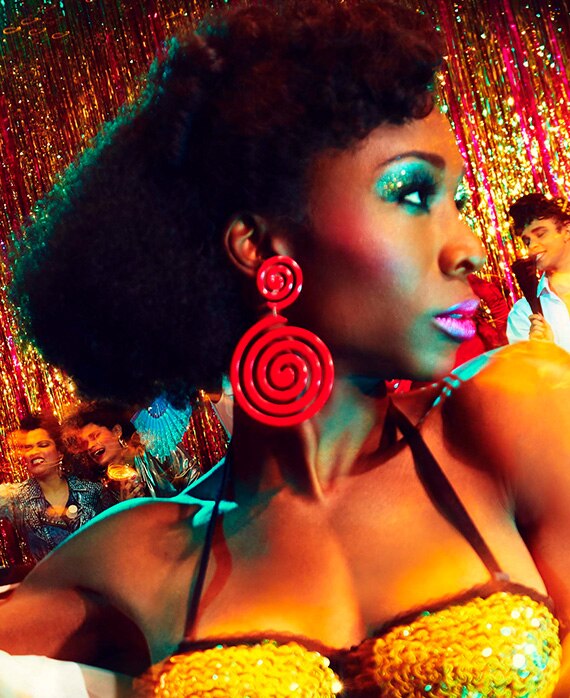 In 2018 Ross fulfilled a lifelong dream when she landed the role of the impish Candy Abundance on Pose, launching a new platform from which to advocate. While Ross goes high, Candy sometimes goes low. As Candy, Ross gets to bite into an intense character who loves drama and frequently comes into conflict with the series heroine, Blanca Evangelista.

Why we’re proud: Ross’s life story has the makings of a heroine’s journey. Having surmounted hurdle after hurdle, she’s come into her own as an artist and activist. Just as inspiring as her own victory, however, is the work she’s done on behalf of the queer community, giving other transgender men and women the opportunities she didn’t have.

She’s also brought her approach to positive change with her to Hollywood.

Of her life and work, Ross told AdAge:

You look back and think, “How did I survive?” And it’s always because you just do. I feel I’m still sort of grappling with things, but I know that all of these experiences are for a reason; they were to condition me for a certain level of leadership. It’s almost like in the time of Donald Trump—or you think about the Holocaust or slavery—it’s fertile ground for a certain type of leadership. We’re in an extreme time right now. I know I’m being prepared to take responsibility and that the world is ready for me. It’s taken me a long time to be able to talk about myself like this, and talk about these things this way.

50 years from now, all of us, together, are celebrating our contributions to humanity. Around the world, Pride won’t be an empty phrase, but rather everyone living in a reality with no discrimination, no violence, no hate, no wars.–Angelica Ross