Will Rossi and his boyfriend, Rob Massi, have come forward to identify themselves as two of the men photographed with antigay ex-congressman Aaron Schock at Coachella, but they want everyone to know that the whole thing has been a big, huge misunderstanding.

Just in case you need a recap: Last week, alleged photos of the former GOP congressman who once voted against the repeal of Don’t Ask Don’t Tell surfaced online. They showed him partying with a group of shirtless white gays at Coachella.

Then Queerty obtained a photo allegedly showing Schock in a full lip lock with another dude, his hand searching for something down the front of the guy’s pants.

Now, Rossi and Massi want the world to know that they are “are entirely against Aaron Schock’s values, views and actions” and that they were “embarrassingly unaware” of who he was when they snapped their picture together.

In a statement posted to each of their Instagram pages over the weekend, the boyfriends say they had only just met Schock when they posed for the now infamous photograph. 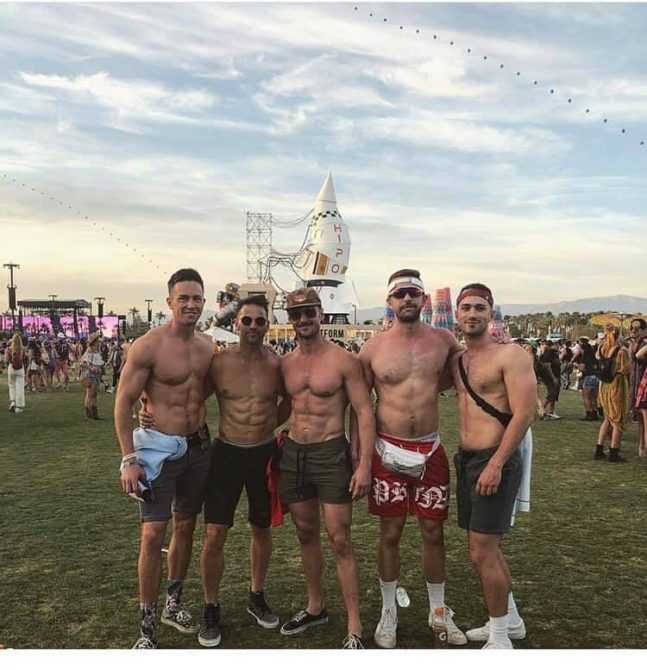 “Will and I wanted to take a photo with our friends at Coachella, to celebrate our last day there,” the guys explain. “Being polite, we allowed Aaron–who was basically a stranger to us and someone we just met–to include himself in our photo.”

They say they never would have allowed Schock to appear in their photo had they known who he was or what he stood for.

“For our own political ignorance, we are deeply sorry,” the guys say.

The statement continues, “We hope Aaron does decide to come out publicly and live the gay life he so freely enjoyed at Coachella, the kind of life so many out and proud LGBTQ individuals have fought for and have made possible for younger gays like Will and me to live today.”

“And we hope if or when Aaron does decide to come out and own his actions, he apologizes and makes amends with the LGBTQ community, because he certainly owes us one.”

See Will and Rob’s full statement below: 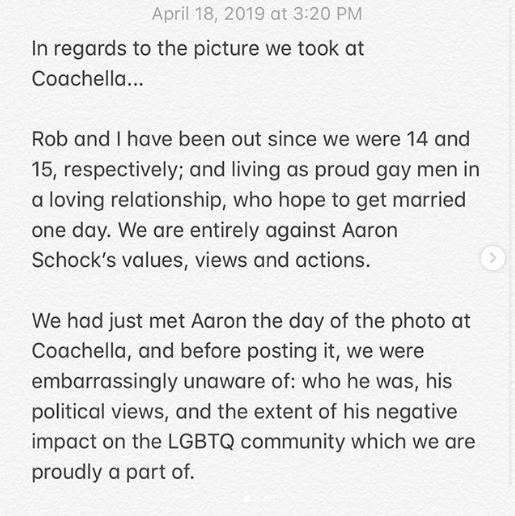 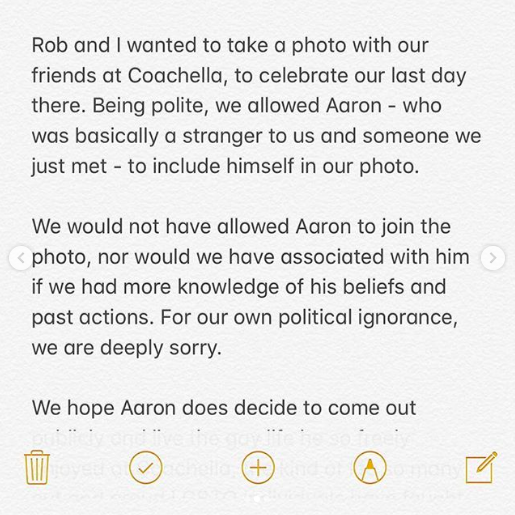 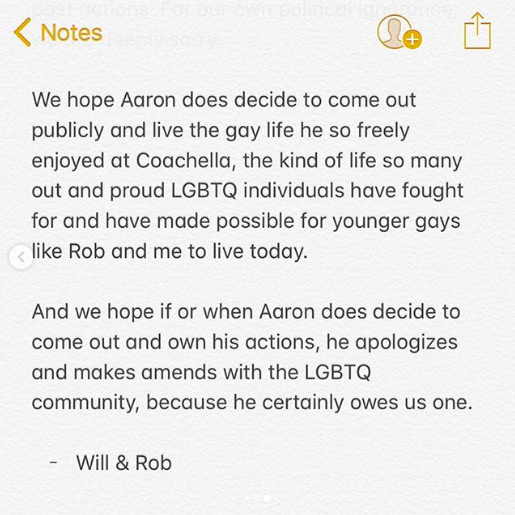