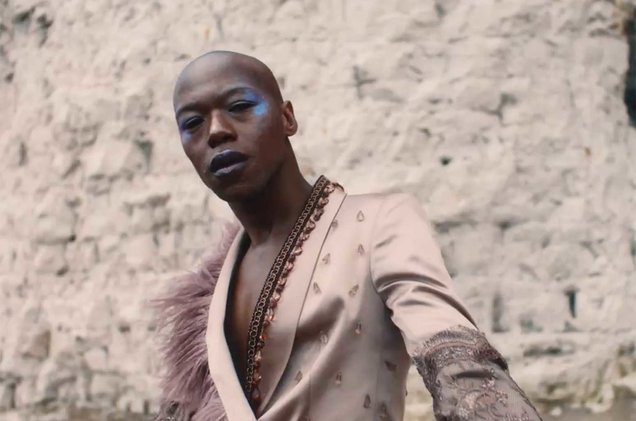 Who he is: Nakhane, 31, Musician, actor, novelist

Born in a small town on the Eastern Cape of South Africa, Nakhane has overcome great personal obstacles to find his calling. His strict Christian upbringing came to a sharp head with his burgeoning sexuality as a teenager, and after coming out at age 19 he tumbled down the rabbit hole of religious conversion therapy. For six years, he preached about the power of prayer to change one’s sexual orientation, but eventually, he realized that he was only holding himself back.

A dream he had inspired him to renounce his religion and follow his true idols–artists like David Bowie, Anohni and Nina Simone.

“One night, I dreamt a voice gave me a date, that of my death,” he recalls. “Suddenly, having forever lived in fear of divine punishment, I was certain I wasn’t to die the next day, or even 10 years later. It was incredibly freeing. I decided to catch up on lost time, to finally live my life.”

Related: In ‘Anthem,’ John Cameron Mitchell creates rock odyssey into the soul. His own.

Madonna has called him one of her favorite artists, and John Cameron Mitchell cast him in his fictitious and autobiographical new musical podcast,  “Anthem: Homunculus.” Mitchell referred to him as “the most exciting new renaissance artist I’ve seen this century.”

This summer he’ll tour the US and Europe performing his electrifying music.

What he’s contributed: Nakhane’s music is deeply personal, wrestling with his upbringing and themes of faith, trauma, and redemption.

He dropped his debut album in the States, You Will Not Die, in February 2019, to wide critical acclaim. The New York Times describes his music as possessing “an orchestral grandeur and a quicksilver soul.” The paper named him one of 10 artists to watch in 2019, alongside the likes of Billie Eilish.

Why we’re proud: Once the poster child for “praying the gay away,” Nakhane now preaches the power of vulnerability, something queer and non-queer audiences alike can find inspiration in.

Though his hardships are present in his music, the joy he also taps into helps to broadcast the message that darkness cannot extinguish light.

The haunting-but-uplifting title track, “You Will Not Die,” communicates this idea. In it, Nakhane sings:

“People go to the theatre or go to the cinema or listen to a song or look at a painting or whatever and they see real human beings,” Nakhane told Document. “They see themselves, they see their brothers, they see their sisters. And they realize that they’re not alone in the world.”