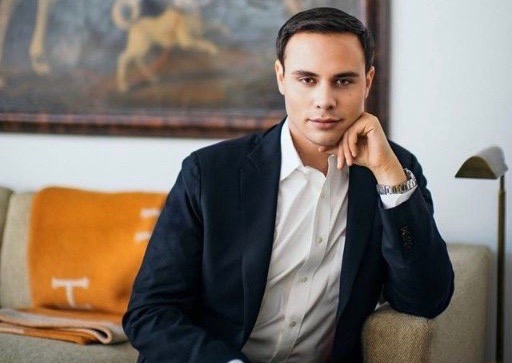 The former assistant of a powerful gay New York real estate broker is suing her ex-boss for allegedly tormenting her whilst in his employ.

In a lawsuit filed Monday with the Manhattan Federal Court, Gagnon claims she had no idea what she was in for when she first took the job back in May 2016.

“What Ms. Gagnon did not know, and could not possibly anticipate, is that the price she was asked to pay in exchange for this experience would require her to partake in the sexual predilections and illegal activity of her boss,” the lawsuit states.

It then alleges Seligman, whose clients include James Franco and Kirstin Dunst, forced Gagnon to work from his apartment one time so he could have his doctor come over and give him Botox injections. During the appointment, Seligman purportedly told the doctor, “I want your d— in my face” and “Oooooh you’re so sexy.”

“Mr. Seligman then began to roughly grope the doctor in front of Ms. Gagnon, gabbing his crotch,” court papers claim.

Another time, Gagnon says she was working from Seligman’s apartment when a “strange man” came over. He and Seligman disappeared into a bedroom and “engaged in loud and unmistakable sexual intercourse.”

The lawsuit accuses Seligman of wanting Gagnon to overhear his “raucous” romp for some unknown reason.

“In fact,” the complaint continues, “Mr. Seligman left little doubt about his intentions when, shortly after the other man left, Mr. Seligman came out of his room wearing nothing but his bathrobe and smirked at Ms. Gagnon.”

In addition to all that, Gagnon says she was forced to work up to 12 hours a day without overtime and would frequently receive drunken calls from her boss after office hours.

Gagnon says she suffered “severe mental anguish and emotional distress” as a result, but when she complained last December, she was promptly fired. She is suing for monetary relief, the amount of which will be determined at trial.