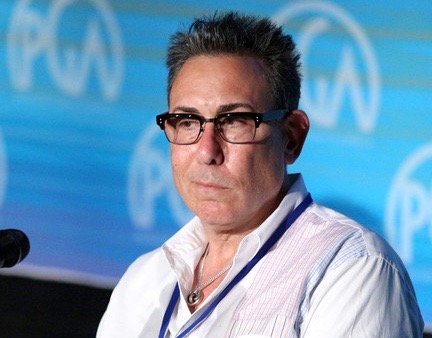 Flava Works, which specializes in x-rated videos featuring models of color, claims Juris joined its site as a member, then downloaded a bunch of videos and illegally uploaded them to file sharing sites like Gay-Torrents.org and GayTorrent.ru. Now, the company wants $1.2 million from him for copyright infringement.

“Marc Juris was issued a cease-and-desist over alleged sharing and was urged to settle out of court [but he] refused,” Phil Bleicher, CEO of Flava Works, says. “We have ample evidence to prove that its him—from matching emails, IP, logs and usernames—and he continued to share our copyrighted works.”

Bleicher also says Juris has filed a countersuit under a John Doe pseudonym, claiming Flava Works blackmails its subscribers with frivolous lawsuits and threatening to out them as customers.

Bleicher says the countersuit it total B.S. He’s also hellbent on making Juris (and others) pay for his alleged offenses.

“Flava Works models and staff spend countless hours producing our high quality videos and images only to have a few people steal them and distribute to these illegal file sharing websites,” he says. “This will stop, one lawsuit at a time.”