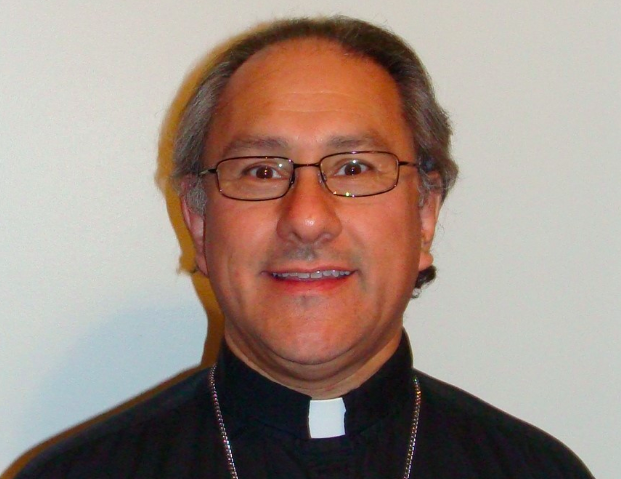 Steven Salaris is an Orthodox Christian priest who preaches at the All Saints of North America Orthodox Church in Maryland Heights, Missouri. He also moonlights as an adjunct professor at Logan University, a chiropractic college in Chesterfield, Missouri. That is until last semester, when he was abruptly fired.

According to several students, Salaris had a penchant for cracking sex jokes in class, including making references to “Fifty Shades of Grey” and encouraging students to have sex to cure headaches.

The jokes themselves weren’t the issue. It was more the fact that Salaris is supposed to be a “man of God” and, when students said they were uncomfortable with a priest making sexual references in the classroom, he allegedly told them, “You’re supposed to be adults here!”

“It was meant to be humorous,” Salaris, speaking out for the first time since being fired, tells The College Fix. “A joke.”

As all this was happening, the college posted a job opening for new professor to fill the classes Salaris was currently teaching. Despite his supervisor encouraging him to apply, Salaris allegedly told colleagues there was no point in him doing so because he’d never get the job.

“I just knew, because I know how left-leaning the administration is, that I wasn’t going to get the job,” he tells The College Fix. “I’m a white guy.”

When the Student Affairs office got wind of Salaris’s remarks, he refused to confirm or deny making them.

The final straw came in August, a week before final exams, when Salaris took to his private Facebook page to mock a campus play called “The Defamation Experience,” which explored themes of race, religion, class, and gender and was being advertised by the theater department as an “interactive presentation that shares thought provoking values of both diversity and inclusion.”

Salaris called the play “leftist propaganda” and said it “ticked him off” because the students producing it were the same “group of students that tried to get rid of Chick-fil-A.” Then he went on some bizarre rant accusing his students of being cheaters.

After administrators got wind of Salaris’ comments, they requested that he immediately turn in his badge, keys, and parking pass then had him escorted off campus.

“It was like Stalinist Russia where you’re just airbrushed out of the picture,” he now says. “I was completely canceled.”

Since being fired, Salaris has taken to Facebook several times to criticize “libtards” and “feminazis.” He admits to The College Fix that when he writes those things he’s “poking fun at some of the people at Logan” and that “it’s me just being me.”

But he insists he’s not homophobic, despite mocking students calling for more inclusion and defending Chick-fil-A.

“If you come to my church, you see that I have a wonderfully diverse and inclusive parish, including two gay men who are part of the backbone of my community,” he wrote, adding he is “frustrated by the total collapse of our western civilization.”