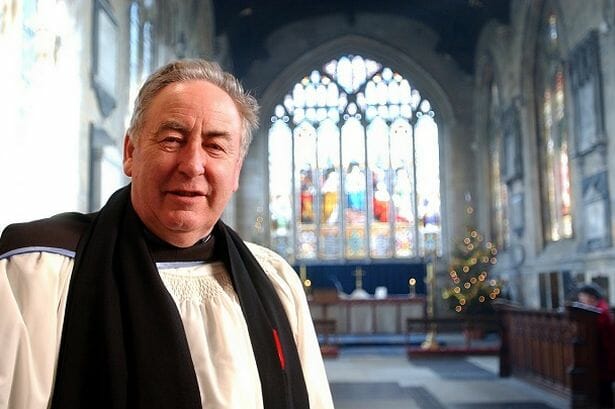 Reverend Canon Terrence Grigg is a former minister from St. Mary’s Church in Cottingham, East Yorkshire. He’s currently on trial after being accused of molesting five boys and young men between 1983 and 1996.

During his trial at the Full Crown Court this week, Grigg was asked about the time he traveled to London with a young man, where the two shared a hotel room and hung out at a gay bar.

The ex-clergyman estimated that the young man was probably 19 or 20 years old. He also insisted that they didn’t engage in any physical contact. In fact, they slept in separate beds. Oh, and he never intended to take him to that gay bar. It was an accident.

Grigg testified that he brought the young man on a trip to London because he felt he was “a bit prim” and needed to experience the world.

As for the gay bar, he said he only chose it because it appeared livelier than the other “old man’s pub” they had passed by. He didn’t even realize it was an all-male bar until after they drank half a pint of beer.

During the trial, prosecutors said the alleged victims were “all vulnerable in some way” and Mr Grigg had used “that vulnerability for his own sexual gratification”.

Some of the alleged assaults, which took place in a variety of locations, were carried out when one of the victims was 10 years old, the jury heard.

Another victim kept a coded diary that recorded the alleged abuse he suffered from the age of 14, the prosecution claimed.

84-year-old Grigg has been charged with nine counts of indecent assault and two serious sexual assaults.