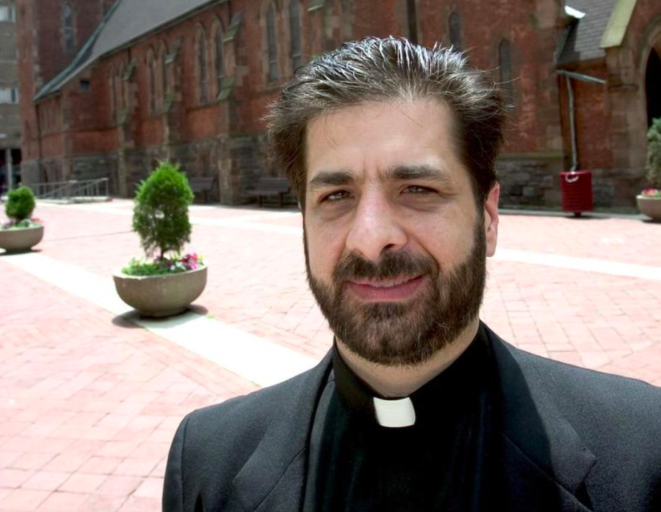 A New York priest who was once wrapped up in a gay-for-pay embezzlement scandal has been found dead in his home. Now, rumors of foul play are swirling after it was reported he had been planning to expose a clandestine “homosexual network” operating within the church.

In 2015, Peter Miqueli was accused of stealing over $1 million from his church’s bank account to pay his secret gay-for-pay “rent boy lover,” Keith Crist, who Miqueli allegedly called his “master” during regular S&M shenanigans.

Miqueli purportedly paid $1,000 per S&M session, plus he covered Crist’s monthly rent and eventually bought him a $264,000 house, all using church funds.

Miqueli was eventually charged with embezzlement and forced to resign from his cushy job as pastor at St. Frances de Chantal Parish, located in the Bronx. He checked into a sex rehab clinic for fallen priests, then tried reentering the ministry in 2018, but a hiring board ultimately ultimately declined to let him back into the church.

Now, five years later, police say 57-year-old Miqueli’s body was discovered inside his home in New Jersey last Thursday, though they are remaining tight-lipped about how he died, even to members of his own family.

“Miqueli was found deceased,” a spokesman for Brick Township police said in a statement. “This is a county medical examiner’s case, so we are not commenting further on it at this time.”

Miqueli’s brother Joseph tells The Church Militant that he doesn’t know what happened to his brother and nobody will tell him.

“They won’t even tell me where they found him, how they found him,” he said, adding that police said they were going to call him back with more details “but they never did.”

Rumors of foul play have since started circulating after it was reported the ex-priest was preparing to expose the Archdiocese of New York of corruption and a cover-up plot related to a secret “homosexual network” that has been operating from within the church for years, possibly decades.

Adding a layer of mystery to the whole thing, the status of the 2015 lawsuit against Miqueli is also shrouded in uncertainties. Online records show a complaint was filed, but no disposition was ever taken, and the Archdiocese of New York never pursued charges, despite the huge amount of publicity the case received.

“I love my brother,” says Joseph. “He’s my little brother no matter what. My heart is breaking and there’s nothing I can do.”