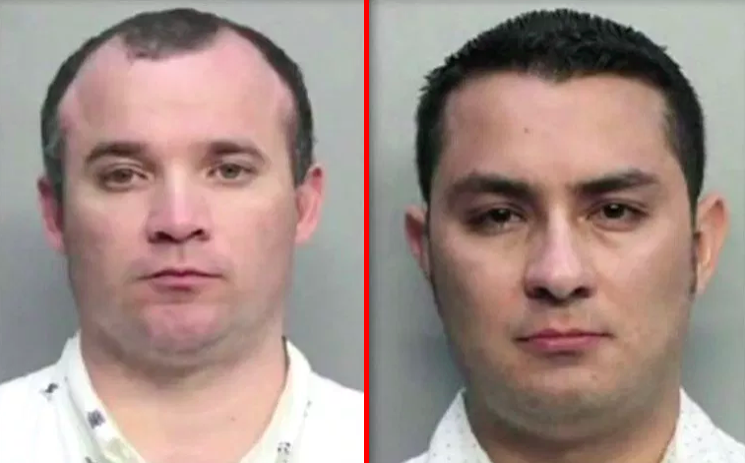 This week, two priests were busted in Miami Beach after bystanders spotted them giving each other blowies in broad daylight inside a car parked across the street from a playground.

39-year-old Diego Berrio and 30-year-old Edwin GiraldoCortez were so into each other that they didn’t even notice police standing outside their vehicle until an officer tapped on the window to get their attention.

Related: Two priests busted for having sex inside parked car in broad daylight

“There’s a time and a place for everything,” Miami Beach Police spokesman Ernesto Rodriguez said, “and this certainly was not the time and place.”

The priests were arrested and charged with Lewd and Lascivious Behavior and Indecent Exposure. But this is hardly the first time young men of the cloth have been caught behaving in a less than holy manner. 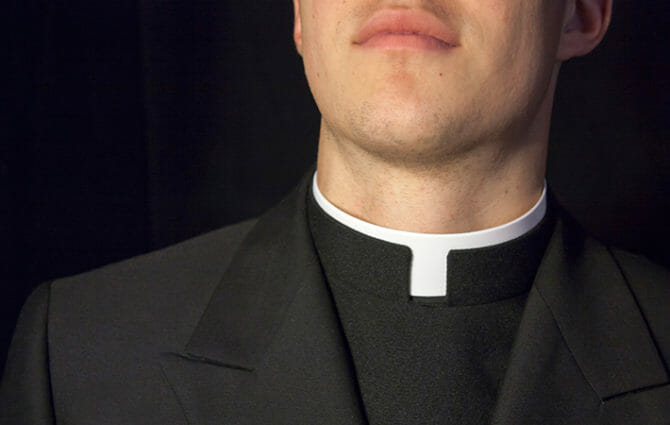 In May, video surfaced online of a man wearing priest vestments and having wild gay sex on a church altar.

The super scandalous video was shot at St. Bartholomew’s Church in Kildorrery, Ireland, and featured the young priest performing various sexual acts with another man. After being caught on camera, the priest quickly went into hiding.

“He has taken so-called personal leave to deal with his issues,” a source told the Irish Times in July. “It is understood he has been suffering from some mental difficulties and some addiction problems.” 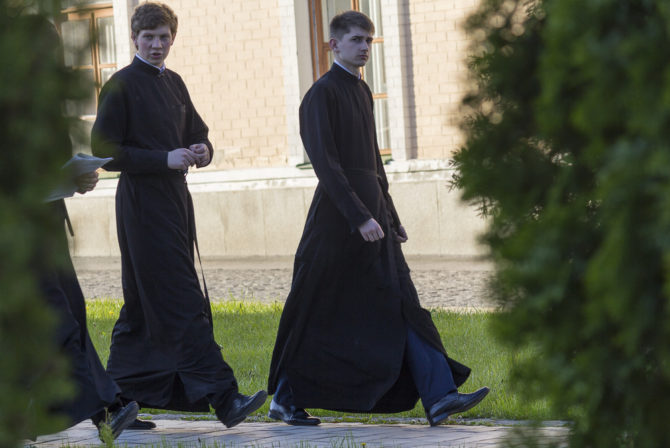 Also in May, two young seminarians from the Irish College in Rome were whisked back to Ireland after allegedly being caught by the rector drunk and naked in bed together.

The men had attended an event marking the 50th anniversary of Pope Paul VI’s 1968 encyclical Humanae Vitae, where they both got drunk. When they got back to their dorm that evening, they started going at it. That’s when the rector walked in.

When asked about the matter, a spokesman for the Catholic bishops told media it was “not appropriate to comment about individuals.” 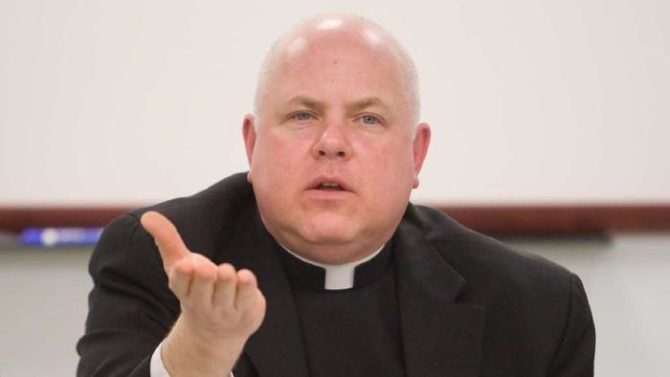 Over the summer, Rev. Monsignor Francis Nave of Allentown, Pennsylvania was accused of grooming a 16-year-old boy for sex.

Nave, of course, denied everything. Unfortunately for him, the teen had screen shots to corroborate everything. In response to the scandal, the Allentown Diocese removed him from ministry pending the outcome of a police investigation. 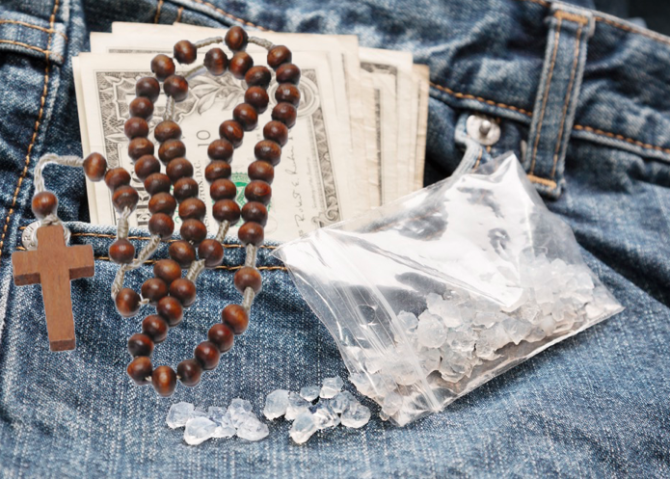 Back in June 2017, Vatican police raided a cardinal’s apartment after neighbors reported some seemingly unholy goings on. They became suspicious after they noticed a steady stream of men coming and going from the apartment at all hours and behaving “irregularly.”

Police found illegal drugs and a group of naked men engaged in all sorts of sexual activity. The priest was taken to the Vatican’s Roman Pius XI clinic, to detox from drugs, before being whisked off to an undisclosed convent in Italy. 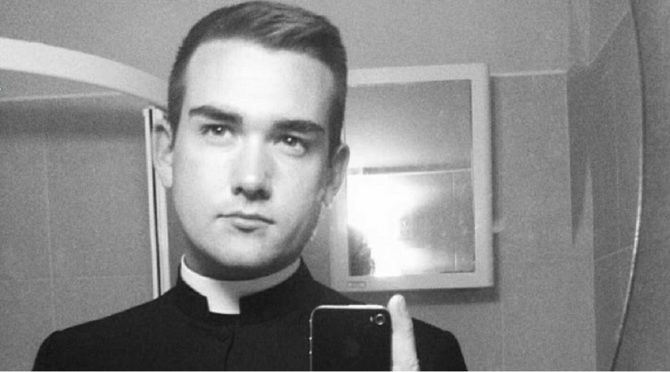 In January 2017, Deacon Michael Jack Byrne was expelled from St. Patrick’s College, Ireland’s oldest seminary, after it was discovered he had a Grindr profile and regularly entertained gentlemen callers in his dorm room at the presbytery.

According to Bynre’s profile, he was “versatile,” “likes deep conversations,” and “enjoys no-strings-attached sex every now and then” with a preference for guys “between 50 and 90” years old.

Things came to a head when the young cleric was accused of inviting a 45-year-old man back to his dorm room and sexually assaulting him.

“I believe this young man is not suitable for priesthood,” Archbishop Diarmuid Martin said at the time.