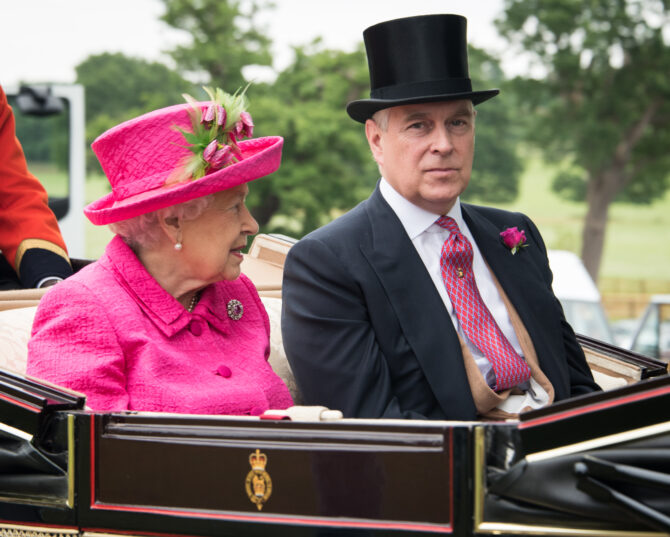 It looks like 2022 is gonna be a rough year for Prince Andrew. A federal judge in New York just denied his request to have the sexual abuse case against him thrown out. He must now prepare for what is sure to be a very public trial.

The Queen’s second son is currently being sued by Virginia Giuffre, who says she was forced to have sex with him when she was still a minor and under the control of convicted sex offender Jeffrey Epstein and his madame Ghislaine Maxwell.

Giuffre first publicly accused Andrew of sexual assault in 2014, in a sworn statement for a different Epstein-related lawsuit. Since then, she has spoken out against the royal numerous times.

Related: Sarah Ferguson just threw the entire royal family under the bus… then got hit by the bus herself

She claims she was just 17 when she was introduced him by Epstein at a London nightclub in 2001. Andrew asked her to dance and was “sweating all over me,” she told the BBC in 2019. Later, she says she forced to perform sex acts on the royal.

Prince Andrew, who is ninth in line to the British throne, has denied the accusations. He told the BBC that the nightclub incident couldn’t possibly have happened because he was at a pizza party across town with his daughter that evening. Also, he claimed he has a rare medical condition that prevents him from sweating.

Giuffre brought her case under the Child Victims Act, a state law enacted in New York in 2019 which expanded the statute of limitations in child sex abuse cases to give survivors more opportunities to seek justice. An attorney for Giuffre told CNN in August that filing the civil case was to show “all perpetrators of abuse should be held accountable.”

Giuffre’s lawyers also requested Andrew provide medical records proving he’s unable to sweat. His camp responded by saying they’re unable to do so because no such documents exist. He was also unable to provide any alibis to corroborate his pizza restaurant story.

Andrew’s attorneys tried to get the case dismissed late last year, but Judge Lewis Kaplan issued a ruling today denying “in all respects” the duke’s attempts to quash it.

Kaplan called “Giuffre’s complaint is neither ‘unintelligible’ nor ‘vague’ nor ‘ambiguous'” and said it “alleges discrete incidents of sexual abuse in particular circumstances at three identifiable locations. It identifies to whom it attributes that sexual abuse.”

We have a feeling things are about to get very messy.

I wonder if #PrinceAndrew has re-discovered his ability to sweat, today?

Looks like the US court is getting ready to give #PrinceAndrew a 2022 dose of harsh reality (you know, the sort of reality we 'commoners' have to deal with on any given day of our lives where OUR actions incur CONSEQUENCES)

The US #PrinceAndrew case is in session; the Judge is having none of Andrews lawyers BS. He is screwed!

BREAKING: The civil lawsuit against #PrinceAndrew will go ahead after the judge decided that a paedophile paying their victim not to snitch on you is not a credible defence