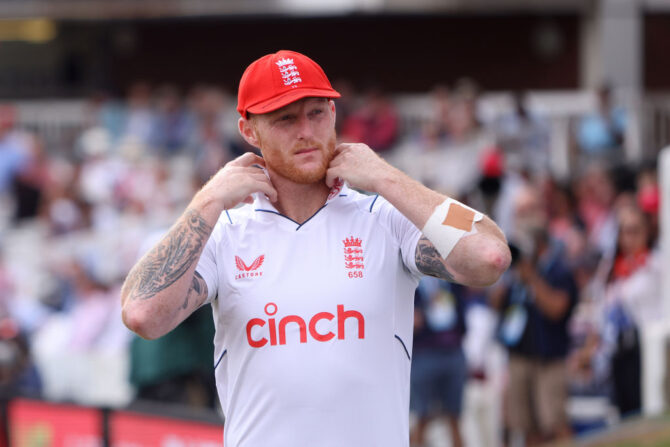 Professional cricketer Ben Stokes made international headlines in 2018 after he was arrested for defending a gay couple being attacked outside a Bristol nightclub. Now, in the new documentary Phoenix From The Ashes, he addresses that incident for the first time since it happened.

The brawl took place outside the Mbargo nightclub in the early morning hours of September 25, 2018. Stokes and his teammate, Alex Hales, were out celebrating their team’s win over the West Indies earlier that day.

“Nothing good happens after midnight,” he explains in the doc. “We were looking for a casino to go to. You notice something when two random guys are saying stuff to two other guys, which they shouldn’t be doing.”

The 31-year-old continues, “The two lads who were getting the abuse were gay. The two lads who I ended up having an altercation with were taking the piss out of them for being gay.”

“Seeing red is probably the wrong way to say it. But as soon as a bottle got brought out and he tried to hit one of my friends at the time, Alex, and then one of the guys that we stepped in to help. Then [I saw red].”

Shocking CCTV of the violent incident quickly spread on social media. As a result, Stokes was arrested and charged with affray. He injured his hand, missed several games, and lost his sponsorship with New Balance. Then during his trail, prosecutors tried saying he was the one who led the attack on the gay couple.

“I never spoke about it because I wasn’t allowed to,” Stokes recalls today. “That was the stupid thing.”

“The media can say whatever they want every single day. Yeah. Pieces of sh*t. When something you do as an individual affects people who have no right to be affected by it, that is the hardest thing to watch.”

Later in the doc, Stokes says he considered quitting sports entirely after being bombarded by the international press during his trial, saying: “I’m done. I don’t want to play for England anymore.” But after the jury unanimously found him not guilty, he had a change of heart and returned to cricket as a changed man.

“Sometimes I say to myself, if I had just let that happen and walked on, I wouldn’t be here, that wouldn’t have happened,” he reflects. “But I probably would have never forgiven myself for ever walking past something like that.”

Phoenix From The Ashes will be available to stream on Amazon beginning August 26. Watch the trailer below.