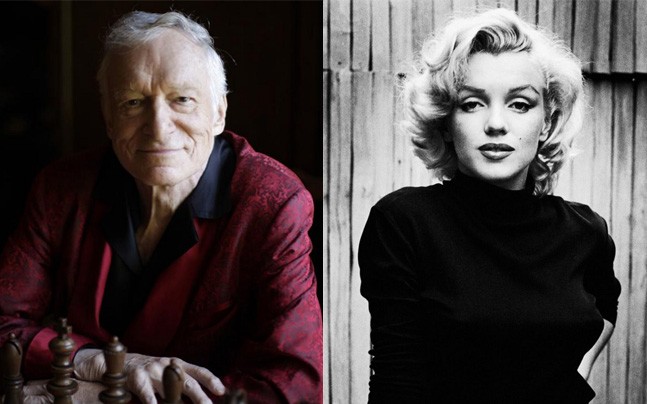 The world lost another famous figure on Tuesday when Hugh Hefner, founder of Playboy Magazine, passed away peacefully in his home.

He’ll be put to rest in L.A.’s Westwood Village Memorial Park, where he bought a crypt right next to the woman who helped put Playboy on the map in 1953: Marilyn Monroe.

And while the pre-fame nude photos Hef purchased of Monroe certainly caught the public’s interest, Playboy would mean so much more over the years than just a place to ogle pretty girls (though it definitely was that, too).

In 1955, two years into Playboy’s existence and ten years before Stonewall, Hef published a sci-fi story written by Charles Beaumont that described a world where heterosexuals were persecuted by homosexuals.

The story — “The Crooked Man” — was intended to break down the prevailing prejudices of the time, and it made a big stir.

The magazine received baskets of hate mail, to which Hefner publicly responded: “If it was wrong to persecute heterosexuals in a homosexual society, then the reverse was wrong too.”

And though he’ll remain a controversial figure, possibly deserving of some of his accusations of misogyny, his track record on first amendment rights, gay rights and civil rights speaks for itself.

“I felt from a very early age that there were things in society that were wrong, and that I might play some small part in changing them,” Hefner told CBS in 2011.

And on same-sex marriage, he said:

“Without question, love in its various permutations is what we need more of in this world. The idea that the concept of marriage will be sullied by same-sex marriage is ridiculous. Heterosexuals haven’t been doing that well at it on their own.”

“My father lived an exceptional and impactful life as a media and cultural pioneer and a leading voice behind some of the most significant social and cultural movements of our time in advocating free speech, civil rights and sexual freedom. He defined a lifestyle and ethos that lie at the heart of the Playboy brand, one of the most recognizable and enduring in history,” Hefner’s 26-year-old son, Cooper, said.