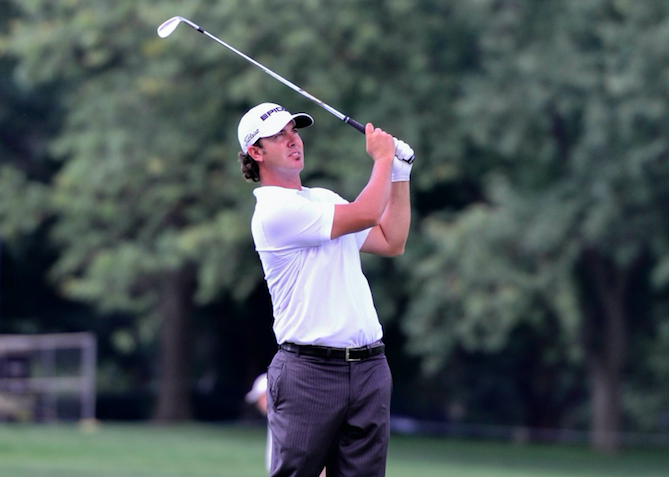 Pro golfer Scott Piercy has been bleeding sponsors ever since he published a homophobic meme mocking Pete Buttigieg. Now, it’s being reported his actions have cost him a not-so-small fortune and will likely continue costing him even more in the future.

It all started earlier this month when the 41-year-old shared a meme featuring alt-right icon Pepe the Frog and a picture of Buttigieg along with the caption, “Peter pulls out early from behind.”

A backlash ensued, and Piercy, who has played professional golf with the PGA since 2008, issued a hasty non-apology, saying: “Whenever I post my intent is NEVER to offend. I want to apologize if any of my recents [sic] story posts have been offensive. I will do better!”

But that didn’t stop several of his biggest sponsors from immediately cutting ties with the four-time PGA Tour winner.

“We were made aware of Scott’s post and are disappointed in the lack of judgment used,” the organization said in a statement.

Now, it’s being reported Piercy lost a whopping $2 million in earnings because of the meme.

To add insult to all that injury, during the the first round of The 2020 Players Championship, he appeared wearing a blank shirt that was completely logo-less.

Scott Piercy's strange outfit at The Players came for all the wrong reasons. https://t.co/26NdzEwKA1

Golf.com reports: “Now, he’s looking the part of a man who’s been through the public ringer. Piercy played his practice round at the Players Wednesday in unusual garb for a PGA Tour golfer: brand-less.”

To make matters even more disappointing for Piercy, after the first round of the Players Championship, the PGA Tour announced the championship was being canceled because of coronavirus.

The moral of the story?