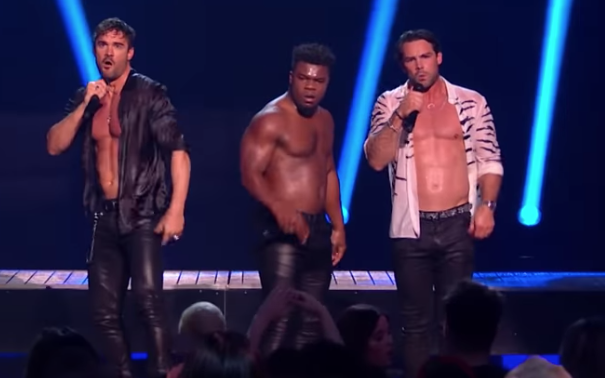 Davis, 22, who competed on X-Factor with his all-rugby boy band Try Star, revealed to the Daily Mail that he was already out privately to friends and family.

He described how he came out to his teammates via a WhatsApp conversation, writing:

“Hi guys. I just want to tell you something that’s been eating away at me for four years now. I want to be open and honest with you boys, as friends and team-mates. I’m bisexual. It’s something I have known since I was 18.”

I’d just like to thank everyone for their support, it truly does me a the world, time to crack on, this changes absolutely nothing ????

Davis said his teammates couldn’t have reacted any better.

“They began talking the piss in a good-natured way, which I was relieved about. If they had been too tender-hearted, I would have been worried. I’m still a rugby player, after all!”

“Hiding who you are can kill you – and has killed people,” he added. “I don’t know yet where I am going, but by talking today I can walk hand-in-hand with whoever I want and it won’t matter any more because it’s out there. I realize, though, that I am a bit niche and difficult to categorize: a black, bisexual, privately educated rugby professional.”