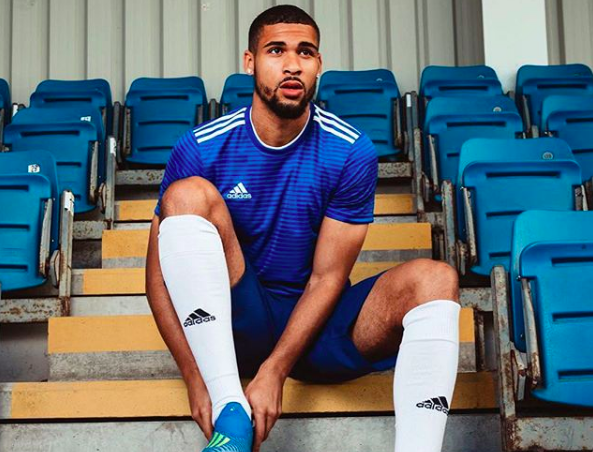 Pro soccer star Ruben Loftus-Cheek took to social media this week to clear up some confusion surrounding his sexuality.

The 22-year-old plays as a midfielder for Premier League club Chelsea. He is also on the English national team. Earlier this month, rumors that he was poised to become to first openly gay pro soccer player after coming out to his teammates began swirling on Twitter.

Ruben Loftus-Cheek set to become the first openly gay premier league player after coming out to teammates. ????
Eden Hazard said, “It was a surprise when he came out and told us he was gay. We didn’t know what to do but we helped him as much as we could”.#CFC #Chelsea #hazard pic.twitter.com/OBleYQGck7

if Ruben Loftus Cheek confirms this rumour about him being gay then the force of all the women’s hearts breaking across the country might cause an earthquake ?

Ruben loftus cheek is gay, who and what and where ?????

Every girl when they hear Ruben Loftus Cheek is allegedly gay pic.twitter.com/rHC57OCIos

Me reading the tweets about Ruben Loftus-Cheek being gay pic.twitter.com/2AZxG4XbLf

Well, it turns out the whole thing bologna! Loftus-Cheek is not gay. But that’s not to say he doesn’t support gay people or isn’t in favor the idea of having out pro gay players in the league.

In a tweet to his 250K+ followers this week, he wrote:

“Any player who came out as gay, they’d have my full support and respect. But the rumour isn’t true.”

The tweet also included a fist bump emoji, which many are interpreting as show a support for any potential gay soccer players.

Any player who came out as gay, they’d have my full support and respect ??. But the rumour isn’t true ?

Jim Buzinski at Out Sports writes:

I liked Loftus-Cheek’s response since it did not attempt to act as if the rumor was absurd or that there was anything wrong with having an openly gay player. He didn’t really have to say anything, but apparently the rumors were becoming too annoying and he decided to address them.

There are currently no openly gay professional soccer players. And while there have been a handful who have come out in recent years, they all waited until after retirement to do so.

In the end I will overcome it all

So gutted I couldn't make the euros in time. Was looking forward to playing in a big tournament after playing a part to get to Poland ? Wanna wish the boys all the best ?? Supporting you all the way #threelions ???

BBQ vibes with the fam before heading to LA to continue the hard work! ???????

When you’ve been eliminated but he brings home the W stat for me ? #thankyouverymuch

Good to get the 3 points today and pleased to get on the scoresheet on my 50th Premier League appearance! Well played lads. ??? #CFC