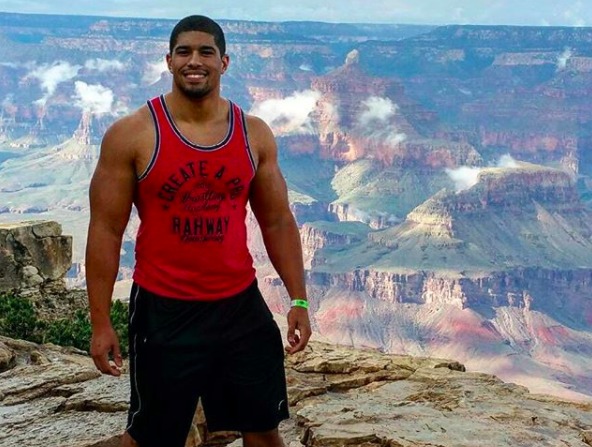 Earlier this year, pro wrester Anthony Bowens came out as bisexual on YouTube followed with a moving personal essay published by Outsports. Now, the 27-year-old athlete/fitness model is speaking out against the stigma and erasure of bisexuality.

In a new interview with Party Foul Radio with Pollo & Pearl, Bowens reflects on the response to his coming out.

“I woke up the next day, and my phone was just melting because of the notifications and how many people were sharing it, news outlets online that were picking it up,” he recalls. “I was getting messages from literally around the world thanking me. Saying I was an inspiration.”

Dropped 14lbs and body fat from 21% to 14%…still a little more work to be done. There's more #goals to be achieved!

Bowens says he would have come out sooner, but he was afraid it might have a negative impact on his career; however, after seeing the response to his story, he quickly realize that wasn’t the case. Most people were tremendously supportive.

“If it wasn’t for wrestling, I probably would’ve come out a long time ago but I didn’t know how people would react,” he says.  “It’s the fear of the unknown.”

Which is not to say he didn’t receive some criticism. He did; however, most of the naysayers, he noticed, didn’t seem to understand  what it means to be bisexual and assumed he was just gay and too afraid to admit it.

What I do after having a great match today at @ldnwrestling1 USA debut in Queens. Photo Cred: @coquichuloimages

“I thought there would be more negativity around the stigma of [a pro wrestler] being part of the LGBT community,” Bowens says, “but the negativity came more from people getting in arguments over bisexuality. You can’t control what people are going to think, but at some point, you have to look past that, be yourself and not care.”

Today, Bowens says he’s happier than ever and he’s excited about the future.

“You can date a dude or marry a dude and be with him the rest of your life, and that doesn’t change the attraction. The stimulation doesn’t change,” Bowens explains. “That’s the reason why it’s LGBTQ—lesbian, bisexual…The LGBTQ community comes in all shapes and sizes.”